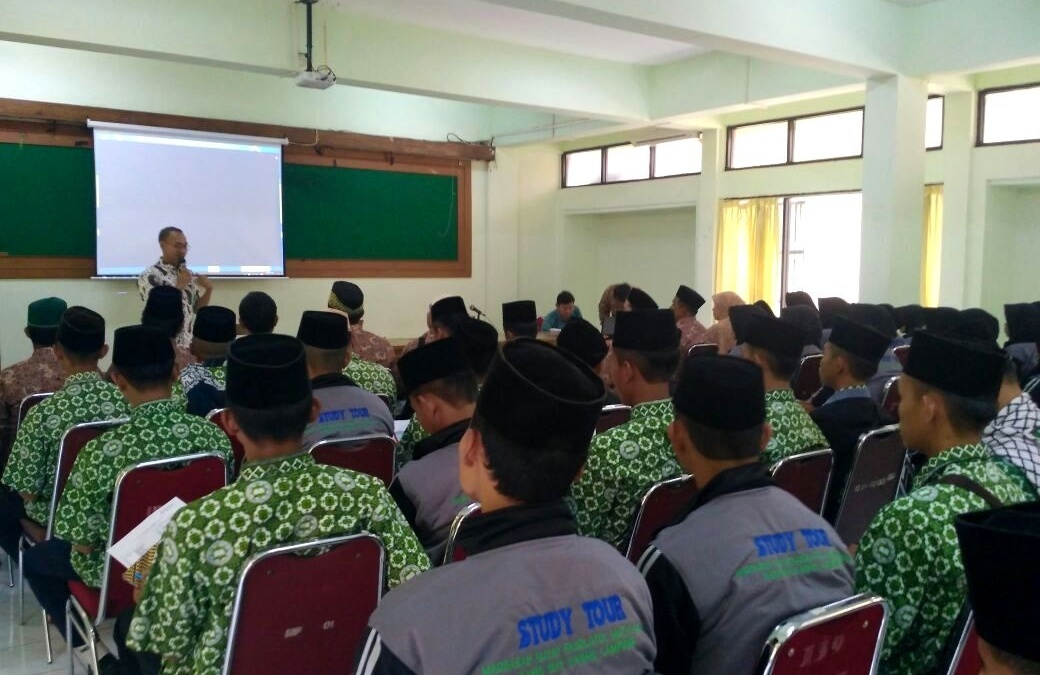 In his remarks, Kuswara said this activity was held in order to introduce the students to the University life as well as to provide experiences on outer high school environments.

According to Kuswara, this is their first visit to UIN Jakarta campus. Additionally, he also hopes that this visit can establish a silaturrahim between the two institutions.

“We would like to express our gratitude to UIN Jakarta, hopefully, this visit will benefit us and we can return to this campus,” he added.

Meanwhile, sub-division head of Pubdok UIN Jakarta Feni Arifiani MH in his remarks explained everything about UIN Jakarta to the students. To become the student of UIN Jakarta, one must pass several selection tests. Among them are SNMPTN, SBMPTN, SPAN PTKIN, UM PTKIN, and Self Enrollment test.

“Among the several enrollment systems, SNMPTN (academic achievement path) and SBMPTN (written test) courses for the general study program have been started, of course, with several phases, from PDSS registration and so on,” said Feni.

Based on UIN News Online observation, the participants were so enthusiastic in listening the presentation. Some students asked questions about the enrollment and scholarship opportunities in UIN Jakarta. (usa)