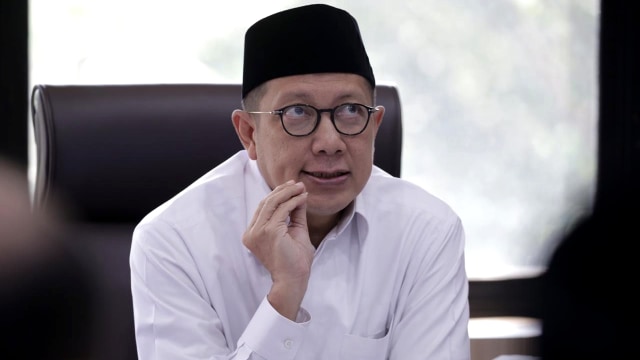 This was said by Lukman in his speech during the Introduction to Academic and Student Culture (PBAK) 2020 for new students of UIN Jakarta which was held virtually, Thursday (10/9/2020).

“Religious moderation refers to a justly balance way of life, avoiding extremes and experiencing religious teaching in moderation. Because in principle, Islam itself is already a moderate and perfect religion,” he said.

According to Lukman, there are two factors in understanding the correct religious teachings, namely external and internal factors. Externally, many people are experiencing stress due to global competition and increasingly fierce competition for life due to advances in information technology. Therefore, the role of religion then becomes more urgent and has relevance so that humans need religion as a way of life.

Second, internally, in the Indonesian context, Indonesia has various ethnic groups, ethnicities, cultures and religions. In addition, the Indonesian nation also known as a religious nation and has great respect for local wisdom.

In this context, the role of religion is very vital in all aspects of life, both in daily life, as a nation, and in government. In other words, religion becomes the foothold where the orientation and goals of the nation will be directed.

Because religion is considered as important and strategic, we must carry out religious teachings in moderation. The problem is, there are many interpretations or multiple interpretations, so that it raises various opinions.

“So, once again, religious moderation means that we do not deify reason too much in translating religious teachings. But on the contrary, how do we contextualize religious teachings in accordance with the demands of the times,” said Lukman. (usa/ns)