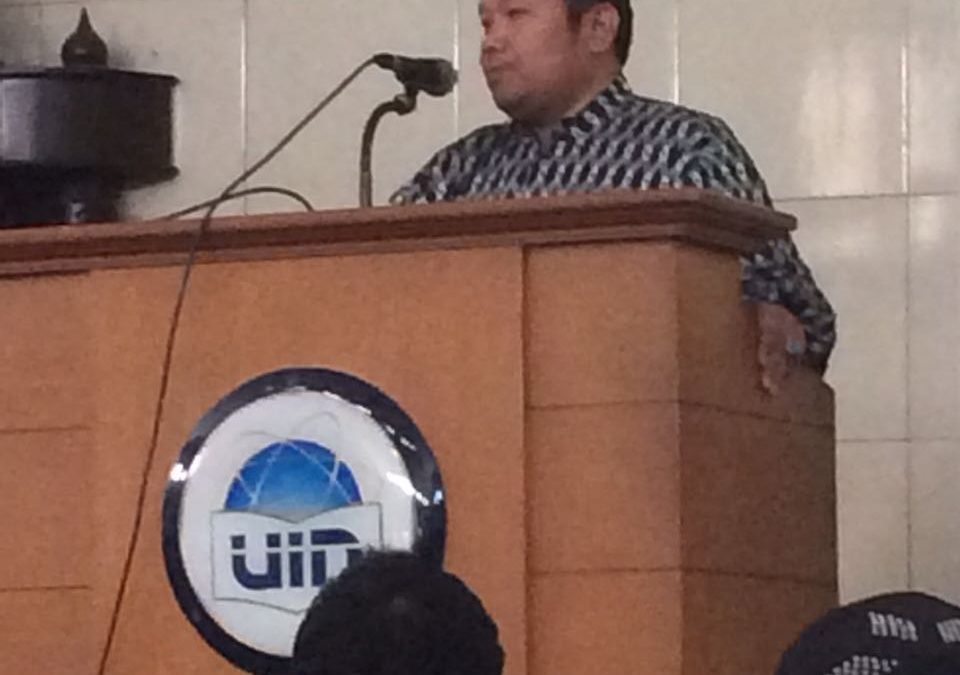 Jami Mosque ‘, UIN NEWS Online–   Fasting is mentioned in Islamic terminology with الصوم   or الصيام .   As   haqiqah lughawiyyah, terma الصوم or الصيام   comes from the word صام , which has some meaning, as Imam Ibn Manzhur puts it in the book   Lisan al-‘Arab, which can be transformed for meaningful substantive fasting.   First, stand up straight without eating and drinking, like the expression of Arab society, صام الفرس صوما (the horse stands upright without eating and drinking = قام على غيرا عتلاف ).

Furthermore, Asmawi explained that fasting is substantively meaning that a fasting, although not eating and drinking, remains upright in a worthwhile activity.

“The second meaning, which is soothing, as in the expression of Arab society صامت   الريح (Its breeze is soothing = ركدت ). So, fasting is substantively meaning that yhose who done fasting is a servant of God who always calm, patient, and his presence is soothing, comfortable and peaceful to others, “he explained.

Next, the third meaning of fasting, namely, upright is in the middle, as the phrase   صام النهار صوما (during the day in the hot sun = اعتدل و قام قاءم الظهيرة ). This means, Asmawi continued, that a people who done fasting is a servant who is always in the middle, moderate.

“The next meaning, that is to remove the dirt, like the expression   صام النعام (livestock is removing dirt = رمى بقذره ). Thus, fasting worship substantively means God’s servant who was cleaning his soul from the dirt of sins through the forgiveness that God gave, “he explained.

This, according Asmawi, in accordance with the message of the Hadith of Prophet Muhammad SAW which means, “Whoever fasts in the month of Ramadan with full faith and expect the reward of Allah, it will be forgiven sins of the past” (Muslim)

” the last meaning of fasting, which controls itself against something ( الامساك عن شيء ). Thus, those who are currently fasting is a servant of God who is able to control and their lust and wants, and they are a cautious person,” Asmawi closes his kultum. (usa-rs)