Kultum Ramadhan I: Ramadan and Momentum to Improving Ourselves 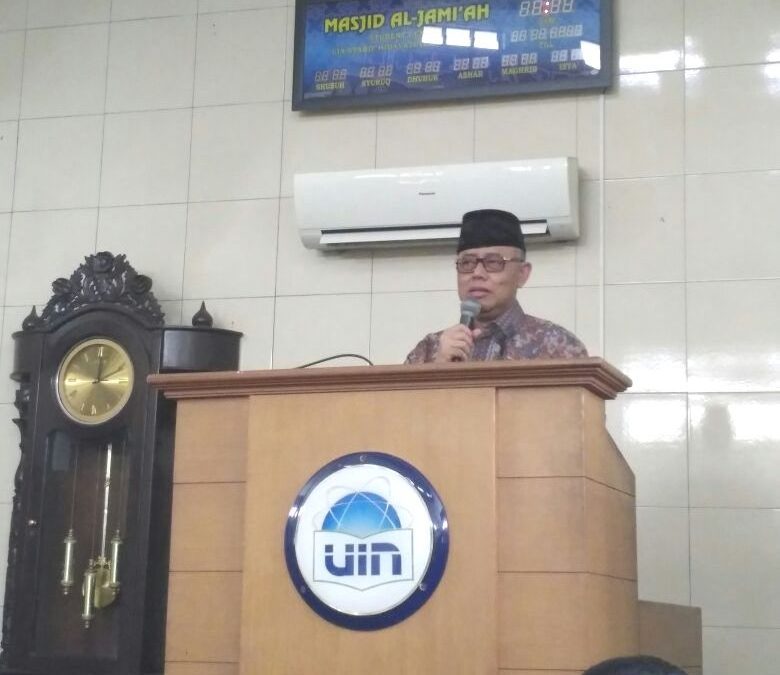 Masjid Jami, NEWS UIN Online – Let’s make this graceful month as a momentum to keep improving ourselves in many ways while enhancing the devotion and professionalism of our work.

“Let us fill the momentum of this graceful month as an arena to increase our devotion and faith. In addition, in this month full of forgiveness, let us raise again the professionalism of our work for the good and progress of people and nation, “said rector.

Furthermore, on the occasion, the Rector raised a few cases that have recently occurred in Indonesia, especially the case of terrorism. He hopes, events like that do not happen again in this beloved country.

“We must be ummatan washatan (moderate), who run optimally and full of what is believed, and tolerate the beliefs of others who are different from it,” explained the Professor of Education Management UIN Jakarta.

He added that we must respect the cultural, religious, tribes, and political differences that exist in this country, without having to impose the will of others to be equal to us, and vice versa.

Rector also said that UIN Jakarta always appreciate and teach pluralism and multiculturalism to the students.

At the end of his delivery, the rector congratulated the fasting month of Ramadan 1439 H. He hoped that this year’s fasting would be better in everything from the previous years.

For info, as in previous years, again, UIN Jakarta held Ramadhan in Campus 2018. In this year, not only kultum (short lecture), iftar, and halal bi halal to be held, but also will be held Khotmul Qur’an and gender studies on time and place further to be determined by the committee. (usa)