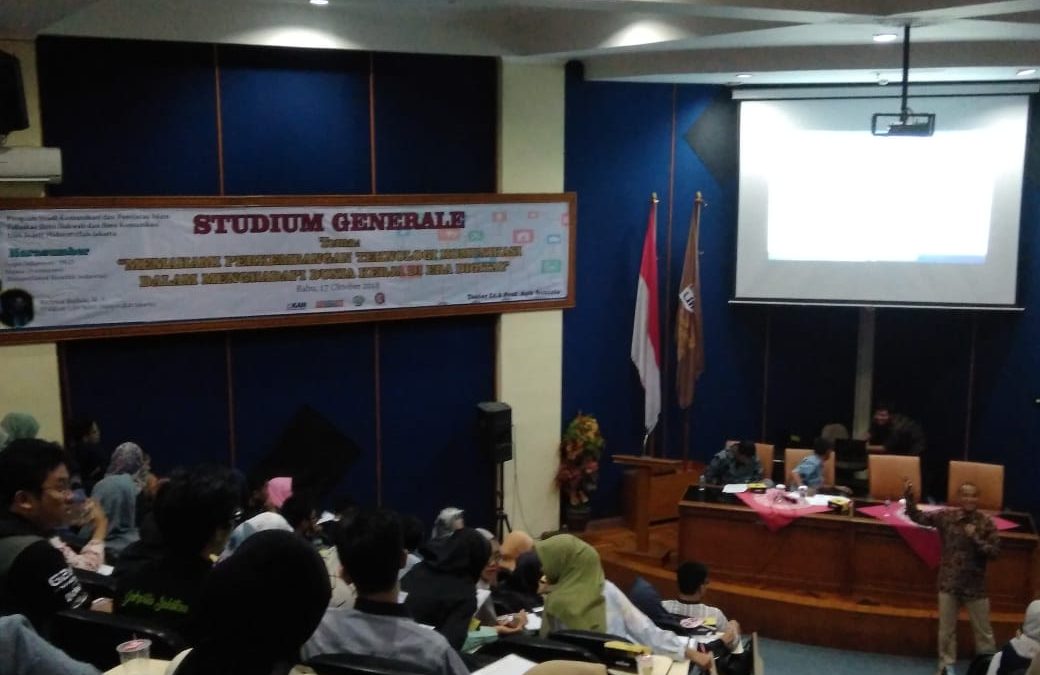 Deputy Dean for General Administration of FIDK UIN Jakarta Dr. Roudhonah, M.Ag in her remarks said this seminar aims to motivate students to think more creatively, innovatively and competitively in today’s digital era. “By thinking creatively and innovatively, we will be able to deal with various changes and developments in science and technology,” she said.

Meanwhile, Hendriawan Widiatmoko in his presentation said that we are currently facing the Fourth Industrial Revolution (Revolusi Industri 4.0).