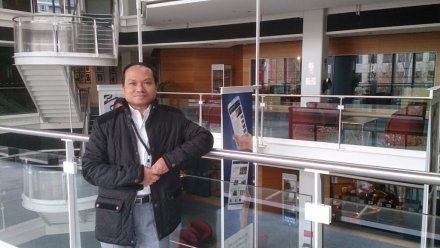 Jamhari Makruf was born in Klaten, Central Java on March 23, 1965. After he graduated from Pesantren in Pabelan, Magelang, Central Java, Jamhari then continued his undergraduate study at the IAIN Jakarta.  In 1996, he earned his Master’s Degree from the Department of Anthropology and Archeology, Faculty of Arts, The Australian National University (ANU), and his Doctoral degree in 2000. In 2014, he got his professor’s degree.

In addition to teaching in FDIK and SPs UIN Jakarta, the former Vice Rector for Academic (2006-2010) and Vice Rector for Cooperation (2010-2015) of UIN Jakarta also played and active roles in various researches. From 2001-2006, Jamhari served as Director of PPIM. Until now, he is still actively involved as a Senior Advisor at the Center for Indonesian Islamic and State Studies (PSIK-Indonesia).