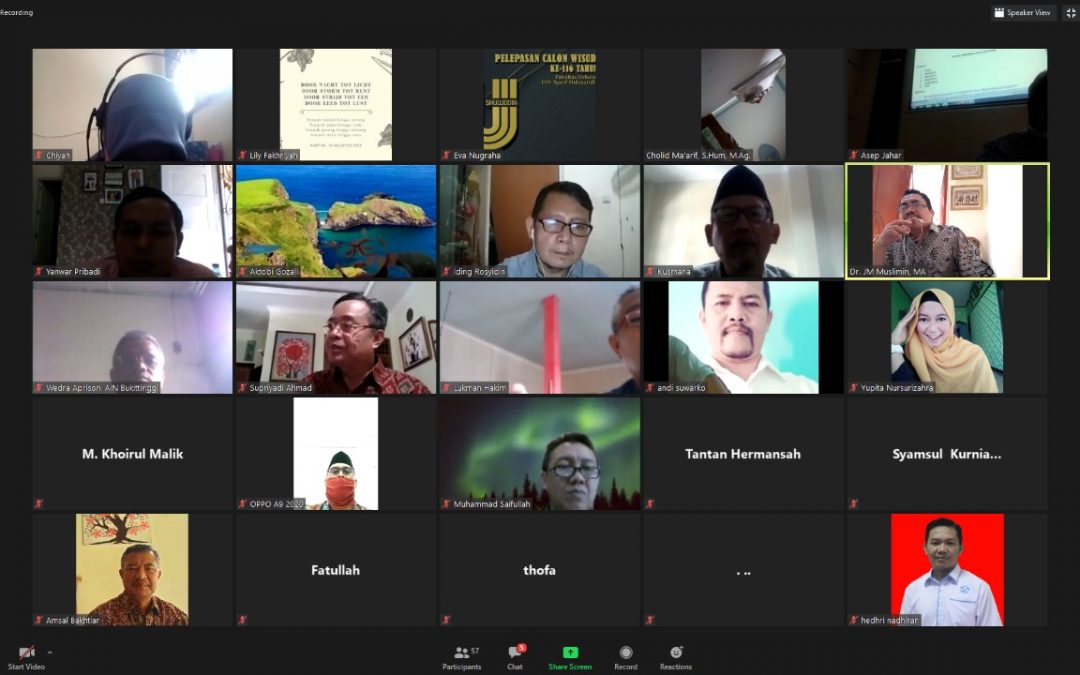 This was said by the Associate Professor from the Faculty of Social and Political Sciences (FISIP) UIN Jakarta Iding Rosyidin in his presentation during national webinar holds by the Faculty of Ushuluddin (FU) Jakarta entitled “Ekspresi Kontemporer Islam di Indonesia” on Wednesday (07/08/2020).

“Social media has become an inseparable part of the Indonesian people daily life. This is supported by the large number of internet users who are estimated to have reached 60 percent of the total national population,” he said.

He also added that the people enthusiasm in studying religion has increased. Islamic studies that are displayed through social media are the choices they consider appropriate. “The problem is, there are many Islamic studies delivered by a number of individuals who do not have enough Islamic knowledge,” he added.

On the other hand, the expression of Islamic community is also considered to be increasingly diverse along with the dynamics they encounter. “The social reality they encounter gives rise to such diversity. During the Covid-19 pandemic, we can see a large variety of opinions about whether or not Friday prayers should be allowed,” said the lecturer of Graduate School (SPs) UIN Jakarta JM Muslimin.

Meanwhile, the Da’wa and Communication Science Faculty lecturer Tantan Hermansyah said that the diversity of expressions is a consequence that cannot be denied. In addition to differences in interpretations of religious teachings, the nature of social existence itself cannot be separated from competition

“Social reality influences how Islam is interpreted. Of course there will be a difference between today’s expression and the past expression,” he said.

Lecturer from UIN Banten Dr Yanwar Pribadi acknowledged the diversity of Islamic expressions in Indonesia. This can be seen from how the urban and rural communities interpreting Islam.

Iding considered that diversity had become more open as media development became more massive. The emergence of various social media platforms allows anyone to access and produce their own content. It brings many opportunities for anyone to express many things.

“In Islamic expressions, the variety of expressions is also marked by a shift in the authority of religious knowledge which was originally carried out by religious leaders with certain scientific mastery replaced by search engines and figures that did not have sufficient Islamic knowledge,” said Iding. (usa/zm)