Interested in Neuroscience, Risa Continues her Study in Taiwan 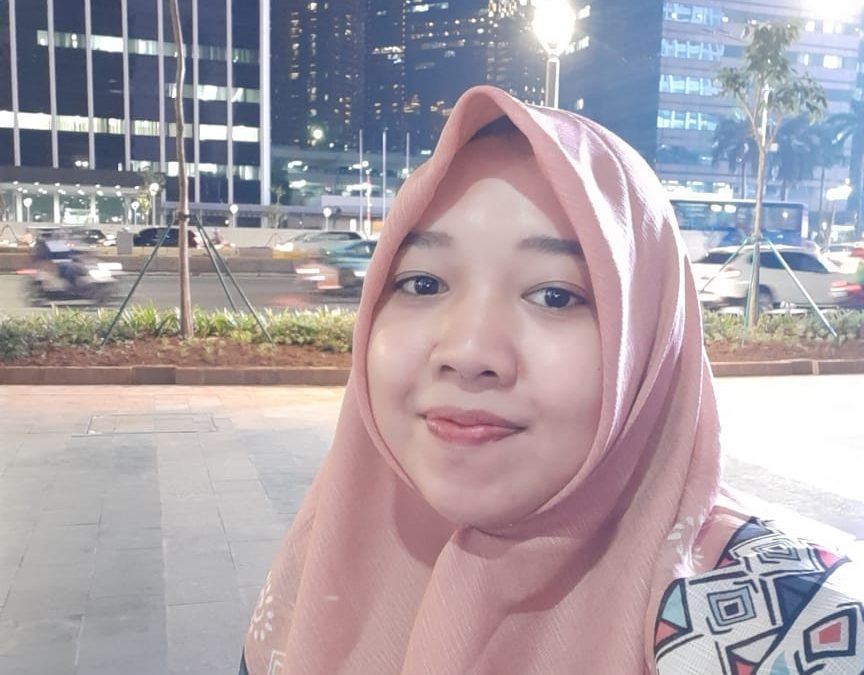 Rectorate, UIN News Online – Risa Dwi Ratnasari, a graduate of the Faculty of Psychology of UIN Jakarta in 2017, is a female graduate of UIN Jakarta who wants to think critically, exploratively, learn new things, and be actively involved in the times. After graduating, she was more interested in finding information about college scholarships. Neuroscience is the target.

“Since I was in college, I was already interested in studying physiology or biopsychology. I am really interested in exploring this field,” said Risa.

To pass his interest, Risa said, he had to fight hard. Shortly after graduation, Risa immediately took an English course. In addition to struggling with improving language skills, Risa inevitably had to work hard dividing her time as a staff in an e-commerce company.

On the sidelines of an English course, she occasionally works part time as a Psychological First Aid volunteer team in disaster areas. In addition to being active as a volunteer, Risa also tried to find information on student admissions at universities that provide scholarships. She usually fills her weekends by coming to educational exhibitions.

At the end of March 2019, Mahidol University informed that its application to continue its studies in the Neuroscience – Institute of Molecular Biosciences program, Mahidol offers her a full scholarship. The following April, a similar answer was given by Taipei Medical University. The university which is ranked high in Asia stated that its application status was “addmitted”, accepted. Like Mahidol, Taipei Medical University also rewarded herwith a study scholarship as well as a living cost of 10,000 NTD per month.

Being accepted at two universities was also difficult for Risa. She must choose one of them. However, after finally she was determined to study at Taipei Medical University in the Graduate Institute Mind Brain and Consciouness or GIMBC.

The university was chosen because the curriculum provides greater proportion of psychology to the focus of learning mind, brain and awareness. The choice of Taipei Medical University was not separated from the results of his discussion with Philip Tseng Ph.D, Director of the GIMBC program. Through his e-mail, Philip explained that GIMBC only received 20-40% of the total registrants for each year.

Risa feels grateful for this opportunity because she became one of her dreams in studying neuropsychology comprehensively in the bachelor program. Risa, who is also a member of the Indonesian Institute of Neuroscience, hopes that her master’s study program can help the development of Neuroscience, especially in the field of mental health science in Indonesia. (usa)