Independent enrollment (UM) will be held online on July 2021 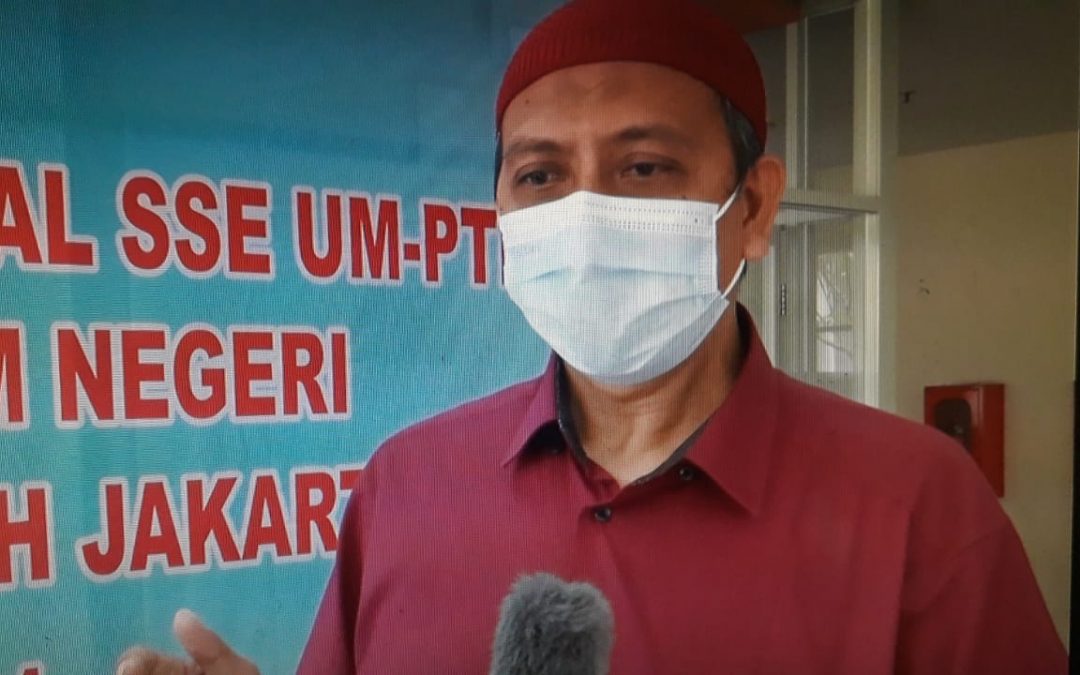 This was said by the Head of Data Centre and Information Technology Division (Pustipanda) UIN Jakarta Muhammad Qomarul Huda to UIN News Online in his office on Monday (31/05/2021).

According to Qomarul, the policy of organizing the SSE is carried out as an alternative step. Last year, UM was organized through a student learning report report system. However, after being evaluated there were many weaknesses and does not meet expectations.

“SSE is considered as a new alternative in the UIN Jakarta enrollment system.  This SSE test has also been carried out in the entrance selection on the Inter-Islamic Universities Enrollment (UM-PTKIN),” said Qomarul.

Technically, the implementation of the SSE for UIN Jakarta is not a problem. UIN Jakarta has a number of exam rooms to support the SSE process.

“We also have 500 personal computers located in several buildings at UIN Jakarta, such as the NICT, the Faculty of Medicine, and the Teacher Professional Education (PPG) building. Insha Allah, everything will be ready for use, including the network system,” said Qomarul.