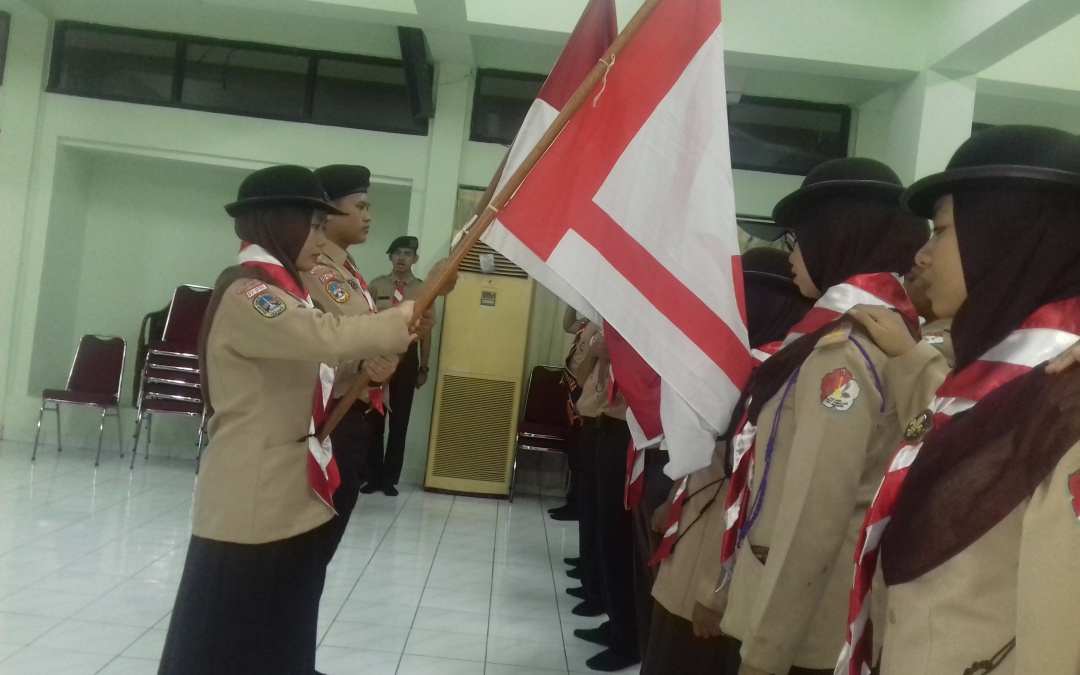 Madya Hall, UIN  NEWS Online – Board of Racana Pandega Board Scout Movement Brach of South Jakarta City 07.075-07.076 UIN Jakarta 2018 office period officially inaugurated, Tuesday (19/12/2017). Inauguration done by the coach Front Cluster Nanang Syaikhu in the traditional ceremony held in the Madya Hall. Besides  the inauguration of the new board, it was also the inauguration of the working group (pokja), the semi-autonomous institution under the organization of the Racana Council.

In the inauguration, the new board was inaugurated by reciting Tri Satya’s pledge along with National Flag holding by one of the members. Tri Satya’s pledge is a pledge for members of the Scout Movement conducted at each inauguration ceremony, such as a new member, transfer of classes, and the acquisition of a general proficiency mark (TKU) and a special skills mark (TKK).

After the inauguration, the event is continued with the handover of office (sertijab) from the previous 2017 bhakti period to the new board of 2018 bhakti period. The handover is marked by removal of office marks, sling cloths, and custom clothing, both for the position of chairman of the board and custom stakeholders (???).

Nanang Syaikhu who is also a witness in the handover ceremony, in his speech expressed his gratitude to the old board who has successfully fulfilled his duty. He hopes the dedication and dedication of the old committee can become righteous deeds and get Allah SWT ridla. While to the new board, he advised to continue to innovate and be creative in scouting activities in accordance with the times.

Innovations and creations, he said, are needed in scouting activities. Because, if not, the Scout Movement will become unattractive and will even be abandoned its members. “Continue to be creative and keep the solidity of organizing,” he said. (usa-rs)