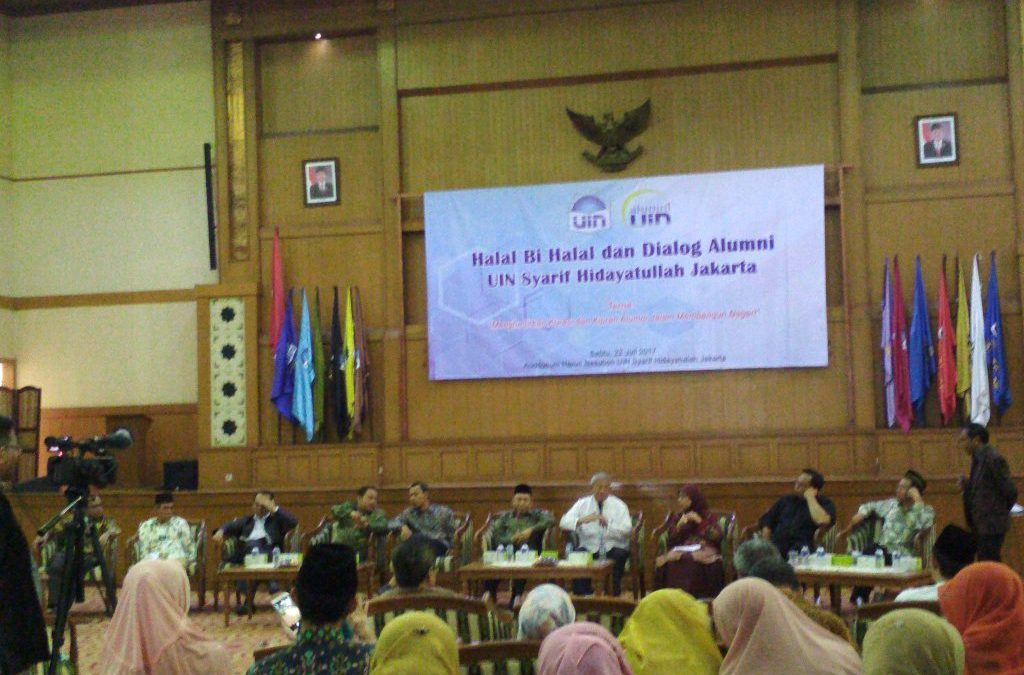 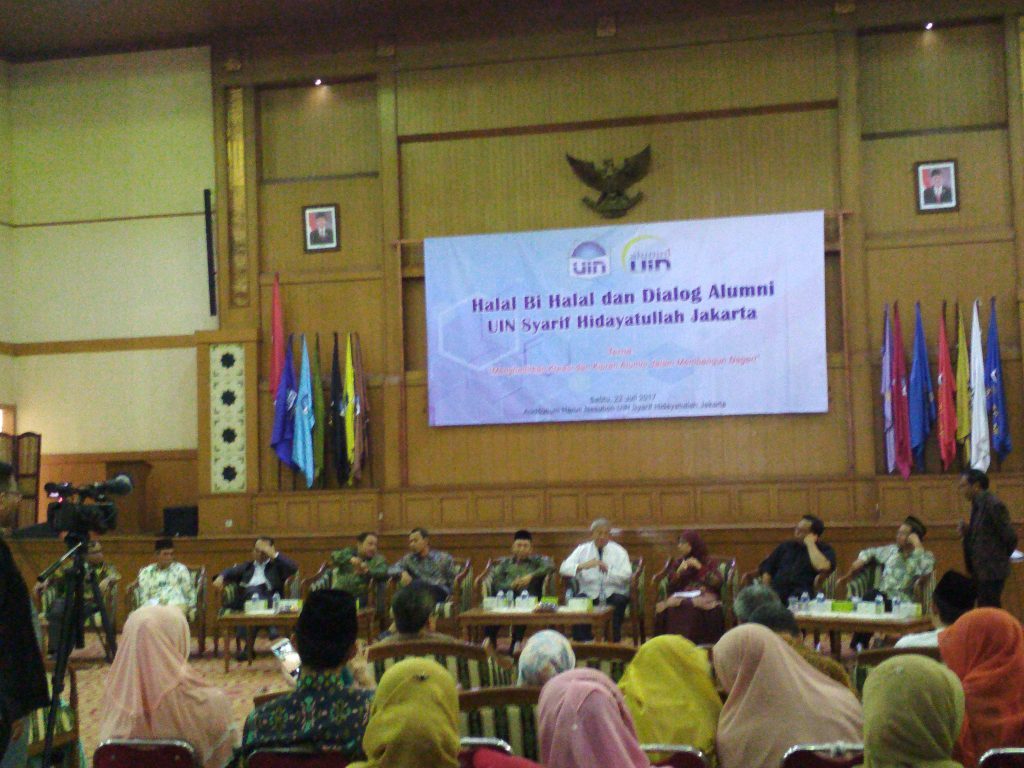 In this occasion, Vice Rector for Student and Alumni affairs UIN Jakarta Prof Dr Yusran Razak Â MA Revealed that UIN Jakarta is heading for PTN BH and preparing its qualified alumni to be accepted in the global market. â€œTherefore, we are currently trying to improve and emphasize the integrity, morality and Islamic values in every student of UIN Jakarta,â€ said Yusran.

In this open dialogue of Alumni, some alumni are given time to share their experiences for the advancement of the beloved alma mater according to their respective fields, in the field of Government and Bureaucracy, namely Dr. Wahiduddin Adams SH MA, AM Fatwa, Dr TB Ace Hasan Syadzily MSi, Encop Sofia MA, Pramono Ubaid Tantowi MA and M Afifudin SAg Msi.

According to AM Fatwa, lot of things had colored his journey after he graduate from UIN Jakarta. “Wherever we go after graduating from UIN, put it in our hearts that we must provide benefits for our beloved alma mater,” he said.

While Wahiduddin expressed his struggle in applying for a job after he graduate and finally succeeded in becoming a Constitutional Justice. “It is very hard if we do not have integrity and ability. Today, there is no difference between alumni from IAIN or other public universities. Because we have the same ability “he said.

Furthermore, Vice Rector for Academic Affairs Dr Fadhillah Suralaga MSi revealed that the alumni of UIN have the same potential with other university graduates to develop or country, the Republic of Indonesia. â€œWe have a high degree of Integrity between Islam and Indonesian-ness in creating the intellectual ulema and ulama who also an intellectual,â€ she said.

On this occasion Andi Syafrani SH MCCL also gave his impression. According to Andi, UIN alumni are the long-awaited alumni because of their knowledge in the field of religion and general sciences. â€œWe are all very versatile, sharia graduates like me can successfully become a lawyer,â€ he joked. (usa)