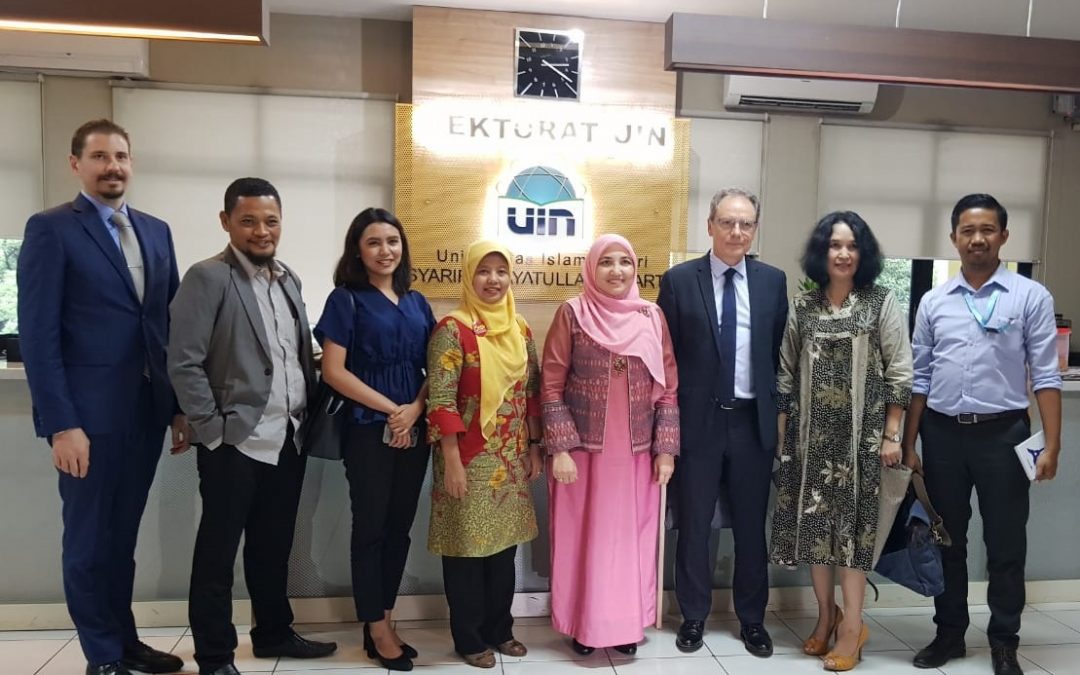 Rectorate, UIN News Online – UIN Jakarta and the Institut Français d’Indonésie (IFI) are planning to open a French Language and Literature Study Program at UIN Jakarta. This is due to the high interest of the academic community, especially UIN Jakarta students in learning the French language.

The plan, he continued, is in accordance with UIN Jakarta’s vision and mission towards World Class University (WCU) through the mastery of foreign languages by the academic community, and due to the high interest of students in learning French.

“Surely, we need a lot of preparation,” said Grangê

In the same place, Azkiya confirmed IFI and UIN Jakarta’s plans to open a French Language and Literature study program. According to Azkiya, both parties will have another discussion in near future.

“It needs a longer discussion, especially about where the study program will be opened later, whether in FITK (Faculty of Tarbiya and Teacher Training, ed.) Or FAH (Faculty of Adab and Humanities, ed),” she added.

Azkiyah also admitted that the interest of UIN Jakarta academic community in learning the French language is quite high. In addition to undergraduate students, French language learning is also taken by students of master and doctoral programs. (usa)