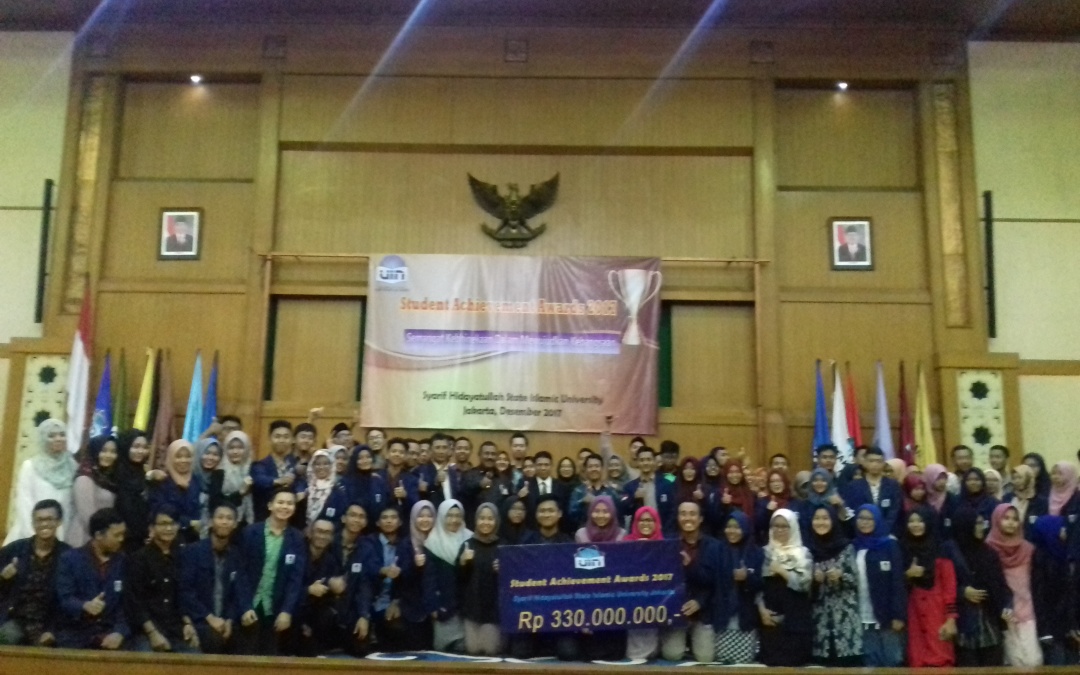 Main Auditorium, UIN News Online – Around 150 students who excel in the non-academic field received an award from UIN Jakarta. namely championships, innovations, social action, memorization of the Qur’an, and human rights and environmental activists, both nationally and internationally, individual or in groups.

“As long as we have the funds, UIN Jakarta will continue to support the student who pursue various areas of expertise,” said Rector.

Students who excel in various innovations and have patent rights should be managed by faculty. But unfortunately, the patent has been precisely held by the individual, thus becoming institutionally weakened.

“For the future, the patent may be carried out by the institution, not individually,” he hoped.

SAA is an annual event of UIN Jakarta which is held in order to appreciate the outstanding students who excel in non-academic field. SAA also aims to motivate other students to develop their interests and talents.

This year, awards are given to students who have conducted various activities, both individually and in groups, nationally and internationally, and cover various fields of activity, including as a presenters and speakers, social volunteers, book authors, innovative work, and the Qur’an memorizers (tahfidz). Those who excel are given the appreciation of coaching money worth a total of Rp. 330 million plus a certificate. (usa)