HIQMA Has Role in Founding AMSI 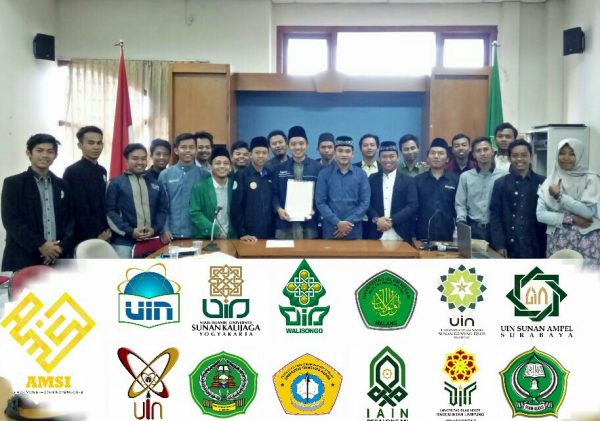 Rectorate, NEWS UIN Online – The Qori-Qori’ah Association of Students (HIQMA) UIN Jakarta has contributed to the establishment and inauguration of the Association of Islamic Art Students (AMSI).

This association is engaged in the insight of al-Qur’an and Islami Nusantara Art, on Wednesday (01/11), at 13.00 WIB, located at UIN Sunan Kalijaga, Yogyakarta.

Still according to him, MPQ University of Muhammadiyah, Surakarta and JQH IAIN Samarinda, and ASC (Alquran Study Club) University of Malang was also present in the inauguration of the association.

To the NEWS UIN Online, Husain told the origin of AMSI was founded. According to Husayn, the noble ideals of the establishment of the Al Quran and Islamic artists’ silaturrahim containers have actually been discussed since the early 90s, the talks were resumed around 1999.

In that year, coinciding with Safari Haflah HIQMA UIN Jakarta by visiting the campuses around the island of Java.

“It was only in 2007 to 2010, when these peer organizations were already well established, it brought back the issue of this national organization,” Husain said.

Husain added that in addition to the inauguration of AMSI, on the occasion, the appointment of several chairs and coordinators in six regions, namely Sumatra, West Java, Central Java, East Java, Bali, Sulawesi, Kalimantan and Eastern Indonesia. (usa)