HAMASA 2017 Appoint a Number of Winners 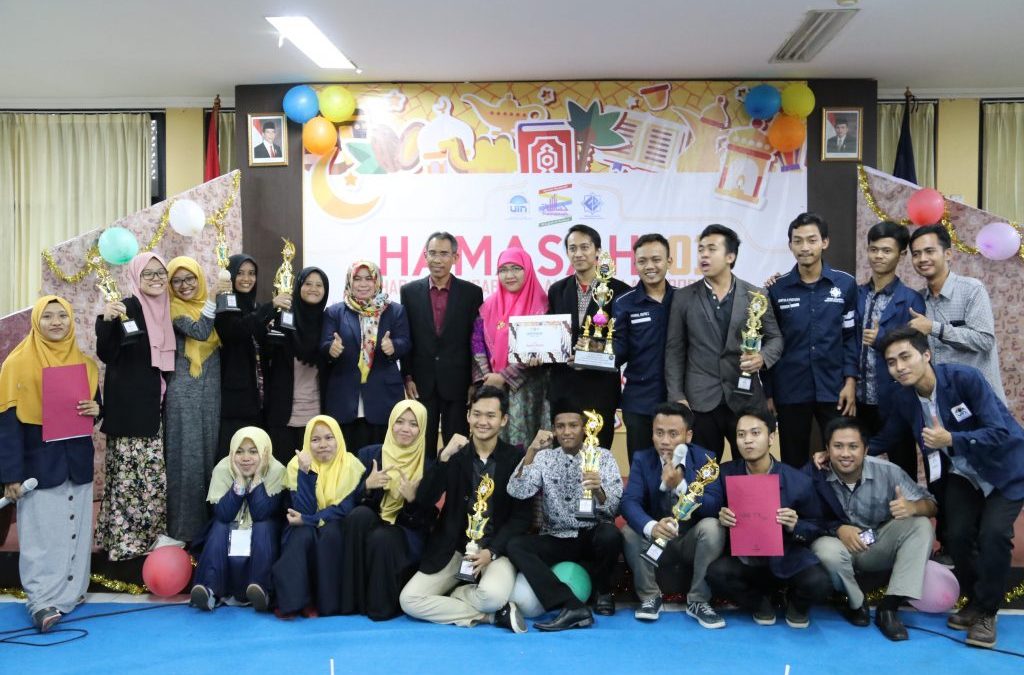 Based on FDI release, Friday, (10/20/2017), the overall champion of HAMASA this year won by Pondok Pesantren Daarus Sunnah, Ciputat, South Tangerang. This achievement was obtained after the contingent of pesantren founded by the late Prof Dr KH Ali Mustofa Yaqub was able to win many victories in various branches of the competition.

Meanwhile, based on the competed branch, the first champion of Arabic Debate won by UIN Sunan Gunung Djati Bandung, the second winner by UII Yogyakarta, and third place was won by Pesantren Daarus Sunnah Ciputat. For the calligraphy branch, the first position was achieved by Muhammad Irham from LEMKA, the second winner by Herman Sawiran from UIN Jakarta, and the third winner was Ahmad Hijazi from LEMKA.

For speeches competition, Ikhsan Khulqi from the Department of Arabic Language and Literature FAH UIN Jakarta succeeded in becoming the first winner,  Riza Bari from Madrasah Pesantren Daarus Sunnah and Ahmad Busyairi from UIN Sunan Gunung Djati Bandung followed in as the second and third winners.

Last in the Arab Idol competition branch was won by Teuku Radja Idin from SADRA Jakarta School of Islamic Philosophy. The second and third winners were won by Nandang Budiman from UIN Jakarta and Wichda Rachma Adzkiya from Pesantren Daarus Sunnah.

Dean of FDI Dr Hamka Hasan Lc Ma revealed that the HAMASA 2017 is an annual activity of FDI UIN Jakarta to improve the quality and existence of FDI students of UIN Jakarta in developing Arabic language. “This activity aims to support the intellectual and the ability of the students in improving the quality of self and focus on the Arabic language,” he added.