Halal Bihalal UIN Jakarta to be Held on July 4th 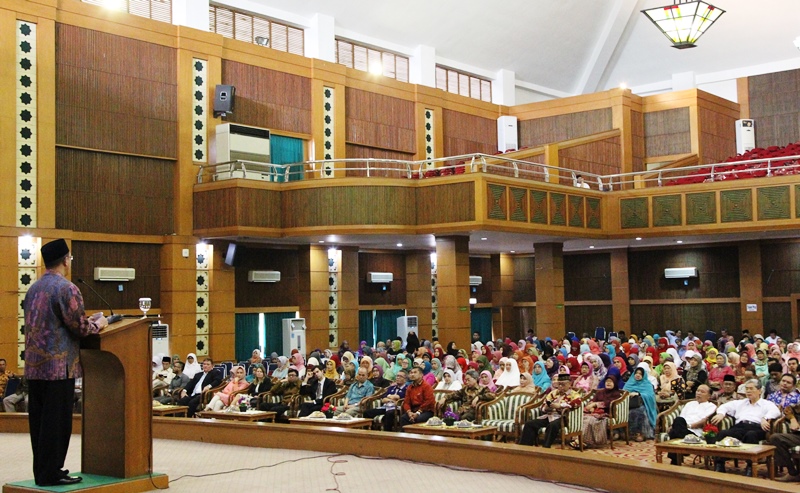 FDI Building, UIN NEWS Online   – Halal bihalal celebrating Idul Fitri 1439 H for UIN Jakarta big family is scheduled to be held on July 4, 2018. The event is a gathering event between the leadership and staff of UIN Jakarta.

According to the Chairman of the Committee Hamka Hasan, the gathering of halal bihalal of UIN Jakarta family is going to be held at Harun Nasution Auditorium. The event will be attended by the Rector of UIN Jakarta Dede Rosyada and other officials, both within the rectorate and faculty.

“Insha Allah, we will meet to stay in touch to strengthen our bond (ukhuwah Islamiyah),” he said in the building Faculty Dirasat Islamiyah (FDI), Thursday (06/07/2018).

Hamka said, in addition to stay in touch among the big families of UIN Jakarta, the event will also be attended by Minister of Social Affairs Idrus Marham as a Speaker. “Hopefully he can attend the event, ” said the Dean of Hamka.

He hopes that all UIN Jakarta academic community can attend the event on schedule. The event starts at 08.00 and will end around 11:00. “This gathering is important to foster the inter-academic fraternity of UIN Jakarta,” he said. (usa)