Jakarta, UIN News Online – UIN Jakarta is determined to make Hajj Hospital of UIN Syarif Hidayatullah Jakarta as sharia-based hospital. This is done so that the treatment of patients can be in accordance with sharia values with a gender perspective.

“Hopefully, this January or next February, the Haji Hospital of UIN Syarif Hidayatullah Jakarta will be sharia-certified,” said Andi.

The definition of a sharia hospital, according to Andi, is that every doctor or nurse who treats patients must be based on gender. Except for certain actions that can be carried out by men or women, such as in registration services.

“But if there are certain sensitive measures, such as the installation of a pacemaker or insertion of a urine catheter, it must be done according to gender,” she added.

In general hospitals, patient care may not be carried out according to gender, including in Islamic hospitals that have not been sharia-certified. But if it is sharia-certified, then the patient’s handling must be in accordance with the Sharia and with a gender perspective.

“I am optimistic that the Hajj Hospital of UIN Syarif Hidayatullah Jakarta will become a more Islamic hospital. This is supported by competent human resources, both doctors, nurses and administrative staff,” she said.

For information, Andi Wahyuningsih Attas was appointed Acting Director of Haji UIN Syarif Hidayatullah Jakarta on May 2020. She was appointed as acting director in conjunction with the change of management from the Indonesian Ministry of Religious Affairs to UIN Jakarta. (ns/usa) 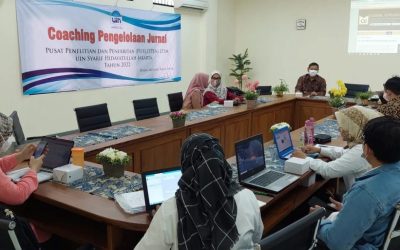