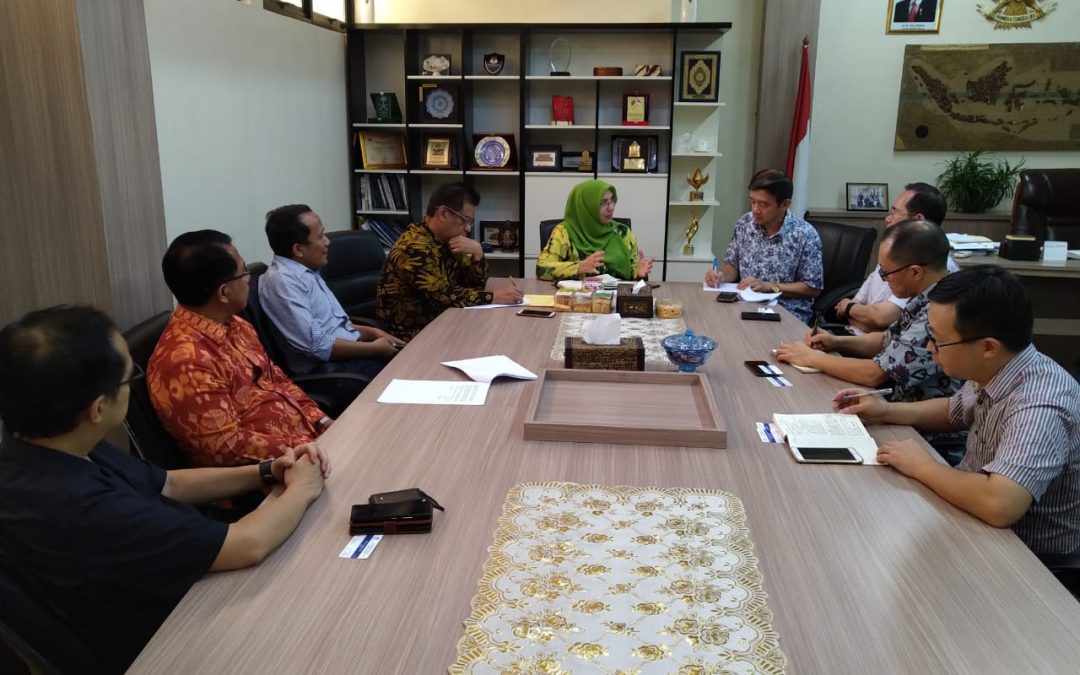 Rectoratre, UIN News Online – To deepen the understanding on ethnic and religious life in Indonesia and to explore academic cooperation opportunities between Indonesia and the People’s Republic of China (PRC), delegation from Guangdong Institute of Ethnic and Religious Studies, Guangdong, PRC make a visit UIN Jakarta on Thursday (06/27/2019) at Rector’s office, campus I of UIN Jakarta. They are consisted of Huang Xinyi (President), Song Yongzhi  (Associate Researcher), and Chen Xiaoyi (Associate Researcher).

Their visit was welcomed by the Rector of UIN Jakarta Amany Lubis, and accompanied by Vice Rector for Cooperation Andi Faisal Bakti, Also present in the meeting, Head of CIC (Center for International Cooperation) of UIN Jakarta Dadi Darmadi.

In his remarks, Huang Xinyi said that the purpose of their arrival is to study the research result and the development of inter-religious harmony in Indonesia to be used as a reference that would later be implemented by the government of Guangdong.

“The Guangdong government itself is very concerned about this matter. Therefore, we would like to invite UIN Jakarta’s researchers to conduct research activity in Guangdong,” he said.

In response, Rector of UIN Jakarta Amany Lubis said it was a right choice to visit UIN Jakarta.

“As the largest Islamic University under the auspices of the Ministry of Religious Affairs, UIN Jakarta always upholds tolerance and moderate attitudes, and has been recognized as the leading and the most moderate Islamic university. It was proved by many institutions who want to establish cooperation with UIN Jakarta,” said Amany.

She also added that UIN Jakarta is always open to anyone who wants to learn about Islam and sciences.

On the same occasion, Vice Rector for Cooperation Andi Faisal Bakti welcomed the visit by the Guangdong Institute of Ethnic and Religious Studies delegation.

“It was a good opportunity for UIN Jakarta to sit together and discuss areas for cooperation. As an Initial step, both parties can sign the Letter of Intent (LoI),” he said

For Information, Guangdong Institute of Ethnics and Religious Studies is a public welfare institution managed by the Ethnic and Religious Affairs Commision of Guangdong Provinces, PRC. The institute mainly carries out the research on the basis of theory of nationality, religion and the history, and present situation of nationality and religion in Guangdong. (usa)