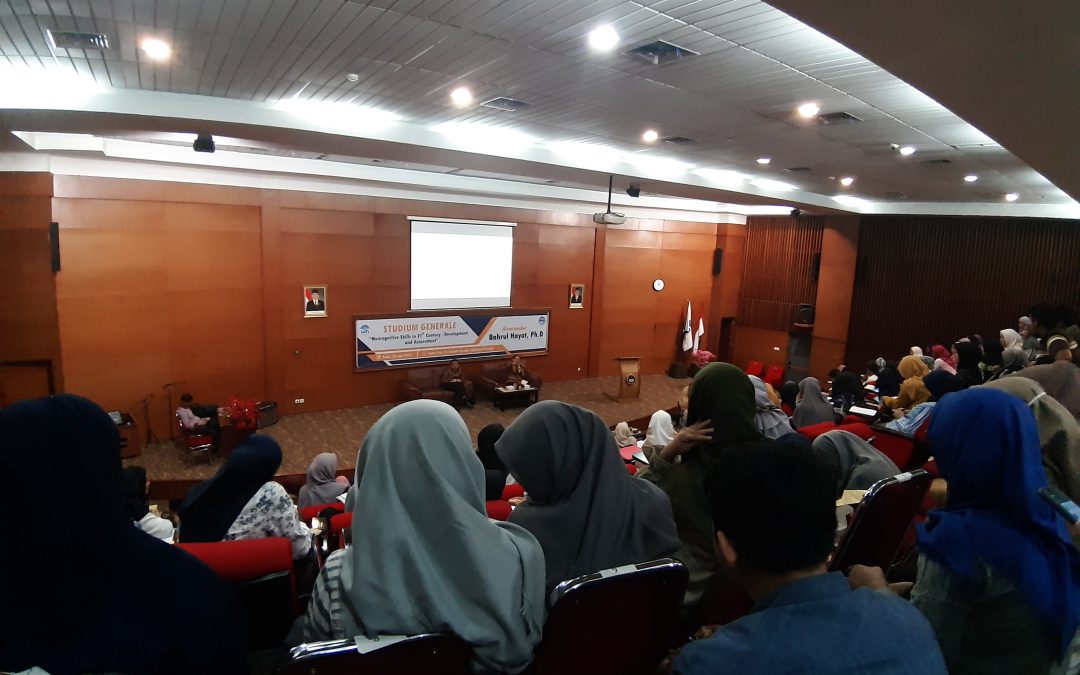 By raising the theme on “Noncognitive Skills in 21th Century: Development Assessment”, the event invites psychometrics expert, who is also a lecturer at FAPSI UIN Jakarta Bahrul Hayat as a resource person and moderated by Akhmad Baidun.

In his prologue, Akhmad Baidun said that FAPSI UIN Jakarta often held a studium generale to develop its student knowledge, especially in field of assessment in facing the era of industrial revolution 4.0.

“Additionally, FAPSI UIN Jakarta also has excellence in the field of psychometry and and usually used as a reference by other well-known universities in Indonesia,” said Akhmad.

Based on UIN News Online Observation, the participants were very enthusiastic in following the event. This is evidenced by various questions raised by the participants to the speakers. (usa)