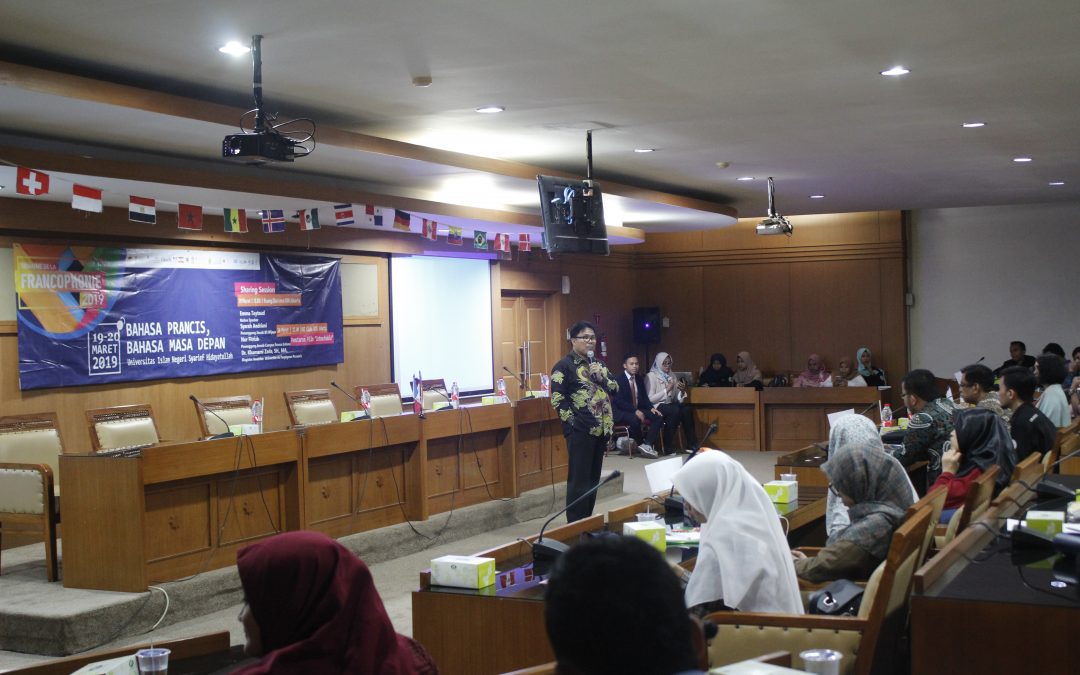 Masri Mansoer in his remarks fully supported this positive activity. According to Masri, in addition to broadening students’ insight about the French culture, this activity also aims to foster the interest of students to continue their education in France.

“Hopefully this activity provides a positive contribution to students and fosters their enthusiasm in learning the French language,” said Masri.

One of the organizing committee member and event participant, Lu’luil Maknun to UIN News Online admits that she become more motivated in strengthening her foreign language skills, especially French language. She is also interested to continue her study in French University.

“This event is held in order to introduce French language and culture to students. Furthermore, France is a good place for an international study experience,” she said. (usa)