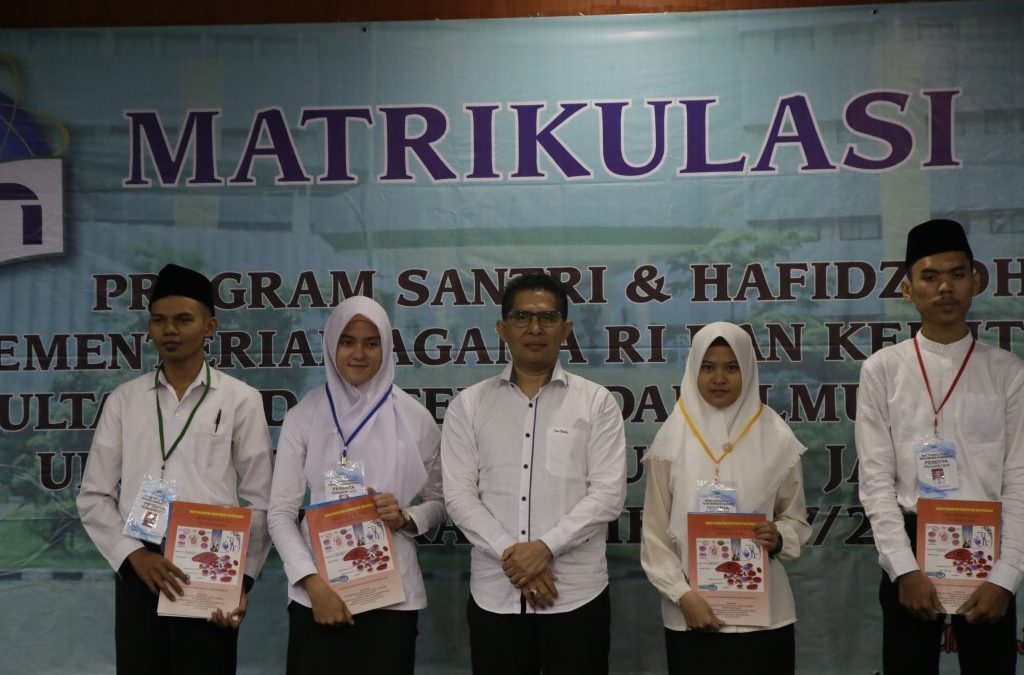 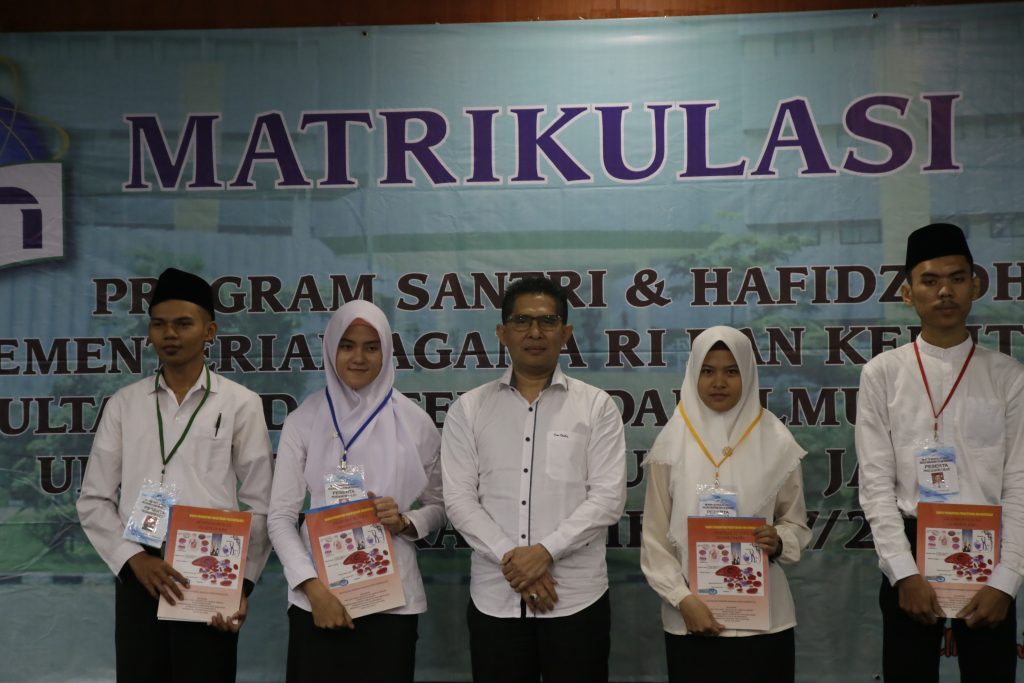 According to rector, matriculation is needed because student was a boarding school santri who passed the selection through the line of cooperation between institutions. That way, through matriculation, these students get knowledge equality between themselves and the strengthening which was stressed on basic science equality on their own study program.

New santri studentsâ€™ data of matriculation program which was cited by UIN News Online, revealed that the 64 new students respectively came from scholarship program of high achievers of Ministry of Religious Affairs RI 43. These santri as new students came from various places, from Riau Islands Province 7 students, from Musi Banyuasin Regency 4 students, and from Palangkaraya City 10 students. All of them were distributed in doctor educational program, public health program, nursing study program, and pharmaceutical program.

Arif said in his speech, after given almost two months the strenghtening program, santri students will be entered the study period at odd semester of academic year 2017/2018. During matriculation, these students were given science learning strengthening so that they have basic ability to follow the class.

“This matriculation is to answer the negative opinions on the quality of santri from pesantren, which was pressed on can they study at FKIK. Here, we want to prove that santri fulfilled the determined passing grade and insha Allah, santri students from pesantren can join class in medical sciences and public health, “he explained. (usa-im)