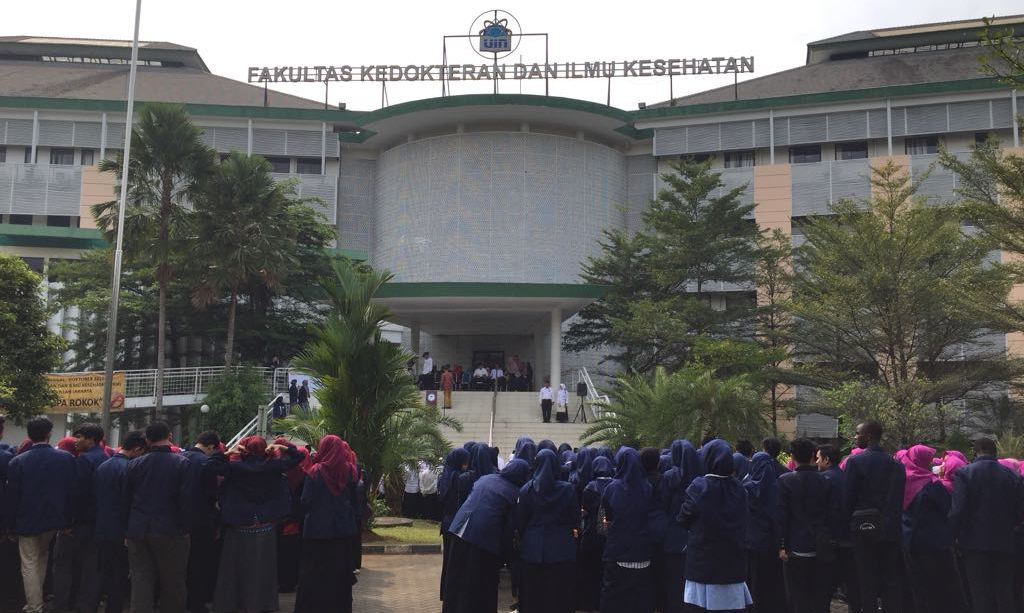 In his remarks, Arief expressed his appreciation and support for the implementation of the declaration. He hopes that this declaration will be the beginning in order to create a clean, healthy and environmentally friendly campus.

This declaration was not only witnessed by all of us, but Allah also witnessed and recorded this as our good deeds. In addition, we are expected to be able to consistently keep our campus from nafza or tobacco, Arief said.

He added that this declaration was also a form of support from UIN Jakarta to the South Tangerang Regional Regulation to create a smoke-free area.

To achieve achievement, of course the student must be healthy. Because a healthy generation will form a strong country, he said.

At the same place, were present to witness the declaration, the Deputy Deans, the Coconut Section, Coconut Subdivision, the Head of the South Tangerang Health Office, the East Ciputat Sub-district Head, the Lurah, the Ciputat Police Chief Deputy, and several other invited guests.

The Head of the Tangsel Health Office Deden Deni SE in his remarks said that currently, Indonesia is ranked third in the world of tobacco users or consumers. But even more worrying, out of the number, 20 percent are teenagers or junior high schoolers.

No less than 2,327 people die each year, the major causes of which are toxins in cigarettes. Of course, this is very worrying, hopefully this declaration will be a good start for all of us to avoid the dangers of smoking, said Deni.

Likewise, the Deputy Chief of Ciputat Police and East Ciputat Sub-district Head highly appreciated the declaration and hoped that all who were present were able to transmit positive energy to their neighbors to stay away from negative things, including not smoking.

For information, the event ended with the signing of a banner that read the declaration of a non-smoking area conducted by the dean and invited guests as well as several representatives of students. (usa-rs)