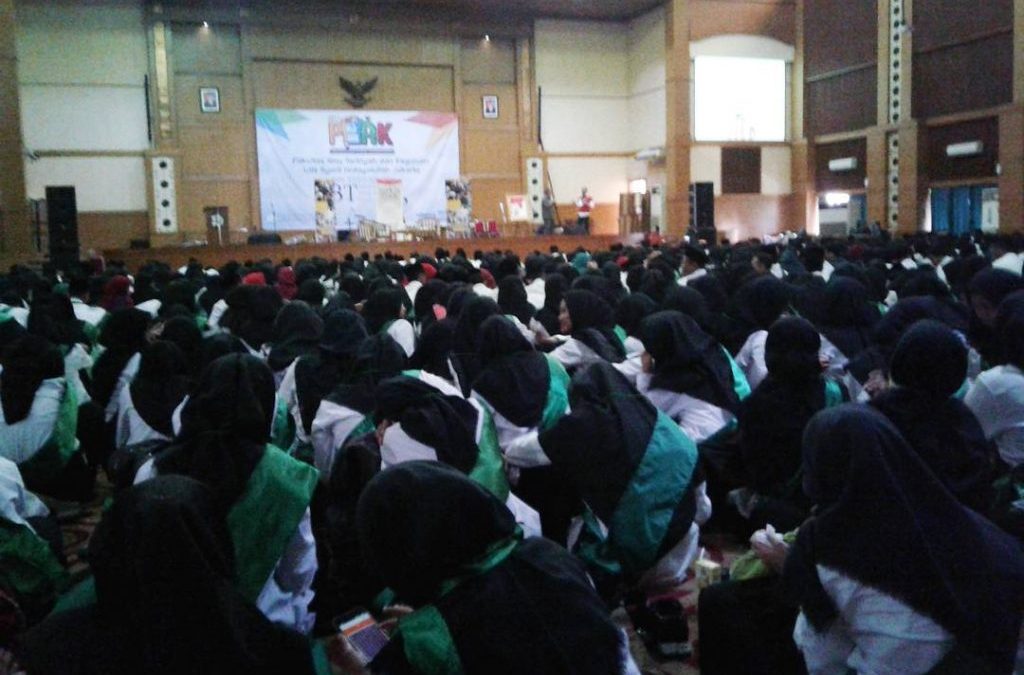 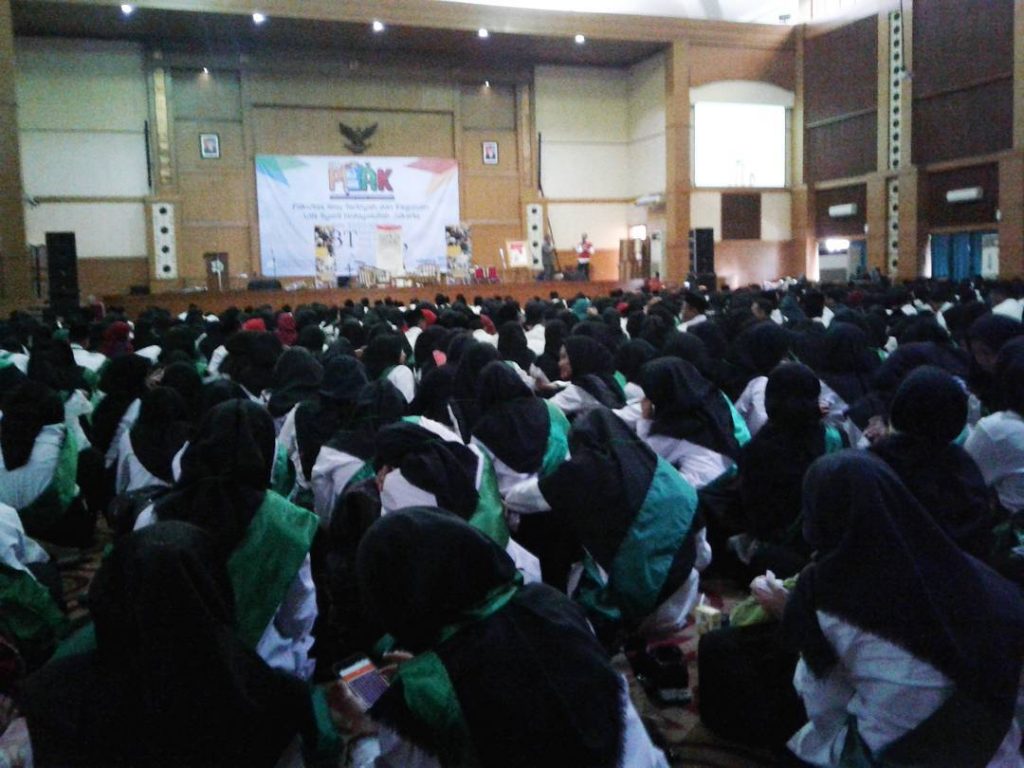 Dialogue and book review took place at the Main Auditorium on Thursday (8/24/2017). Present as speaker and author, Irfan Amalee, education and peace activist who has been on the list of the 500 most influential Muslim people in the world of the Royal Institute for Islamic Studies of Amman Jordan for two consecutive years, 2010 and 2011.

In his presentation, Irfan invites students to re-interpret the vision of Islam as a religion of rahmatan lil ‘alamin. Such a vision, it is clear that the winner of the International Young Creative Entrepreneur award from British Council 2009, is emphasizing the generation of Indonesian Muslims to perform and present themselves as the best people.

According to Irfan, the Prophet Muhammad himself has exemplified how religious people who have a vision of rahmatan lil ‘alamin live in the earliest period of Islam. Respect and protection of diversity is a friendly and tolerant model of Islamic society.

As the best people, he explained, Islam encourages its people to reach social and scientific achievements so as to produce a brilliant human civilization. “No wonder, in the hands of Prophet SAW and his companions, Islam is growing all over the world, living and growing influencing world civilization so that its former can be felt up to now,” he said.

Islamic model vision of rahmatan lil ‘alamin can also be seen from how Islam developed in Nusantara. “In the hands of Wali Songo and their successor, Islam was fixed firmly in Nusantara,” he added again.

Editor of the book who is also Editing Manager of the Division of Religion Mizan Media Utama, Ahmad Najib who attended as a comparison, said if the book “Islam Is Friendly, Not Hostile’ is written with light writing style but reflective for the younger generation today. This book becomes an oasis in the midst of hatred in social media.

Meanwhile, Chairman of DEMA FITK Adi Raharjo and Chairman of PBAK Alfa Rezky Ramadhan told UIN NEWS Online revealed that dialogue and book review were given to introduce the campus academic climate to the new students. The activities themselves are interspersed with questions from new students. (usa)