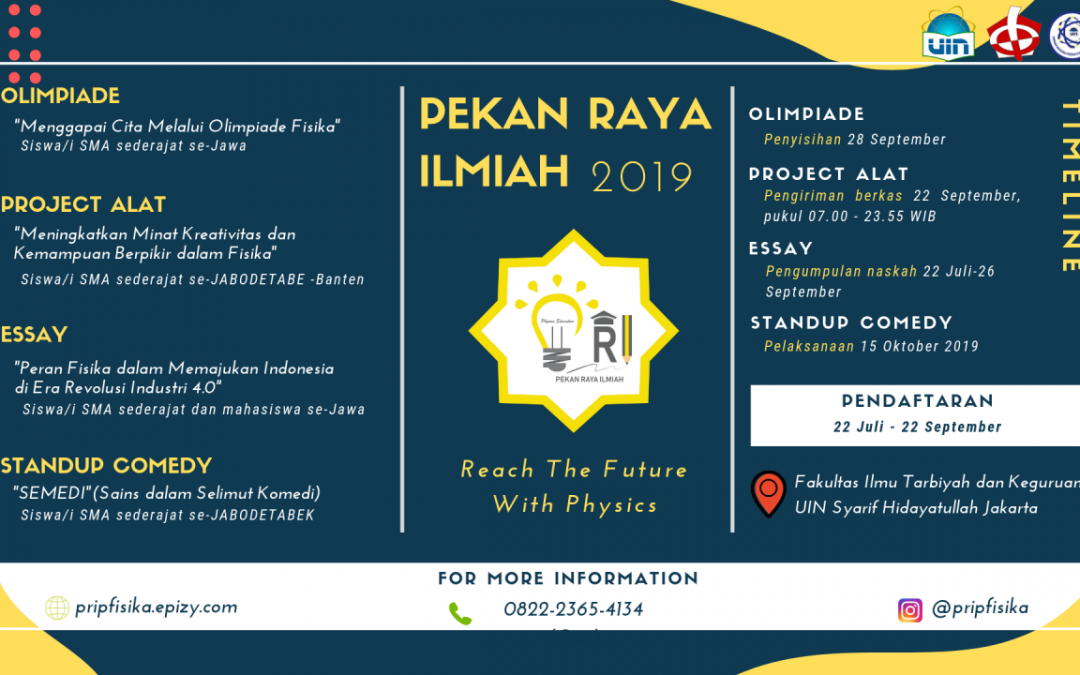 FITK, UIN News Online – Physics education study program, FITK UIN Jakarta will organize the 2019 science fair event which will be held on October 14-15, 2019 at campus I of UIN Jakarta.

Miftahul Huda, chief organizing committee said that the PRI was an event held to increase student interest in science and technology, especially in the field of Physics. This event is also the biggest event held by Physics Education Study Program.

“By raising the theme on ‘Reach the Future with Physics’, this event invites students from various universities and schools in the island of Java,” he said.

Meanwhile, Event Coordinator Irfan Faqih said that the 2019 Scientific Fair would have 4 types of competitions. Among them, Physics Olympiad, Physics Equipment Project, Essays and Stand Up Comedy.

On the same occasion, the Head of Physics Education Study Program Iwan Permana Suwarna said that the Science Fair 2019 as one of UIN Jakarta’s efforts to become Word Class University.

“Additionally, through this event, we can also raise and introduce UIN Jakarta Physics Education to the public,” he said. (usa/lrf/sam)