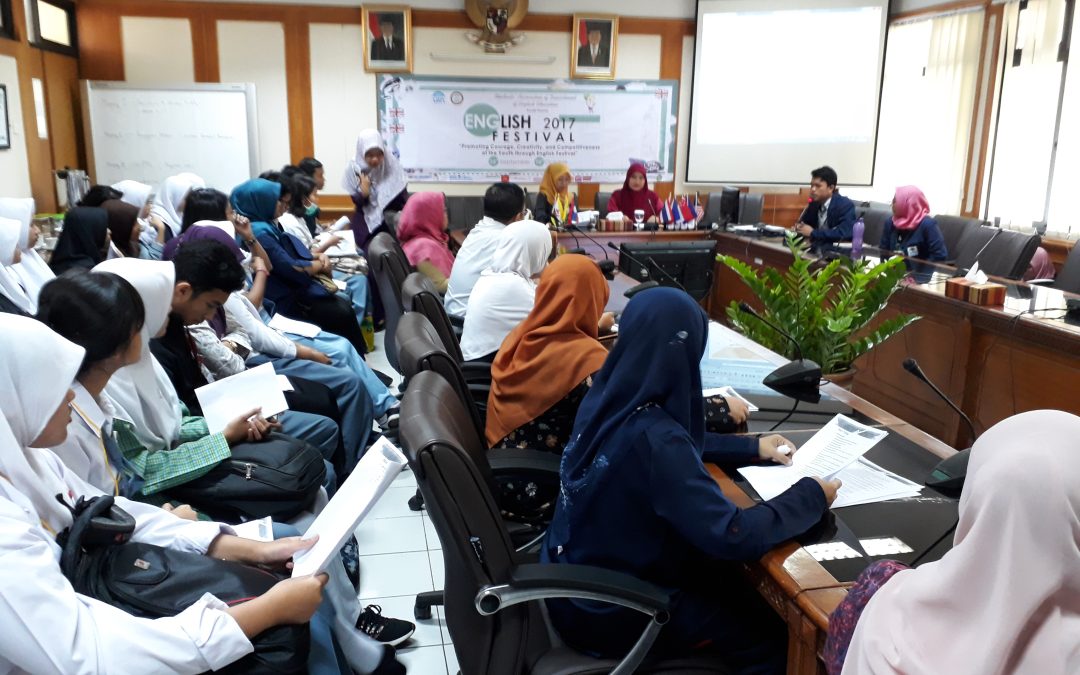 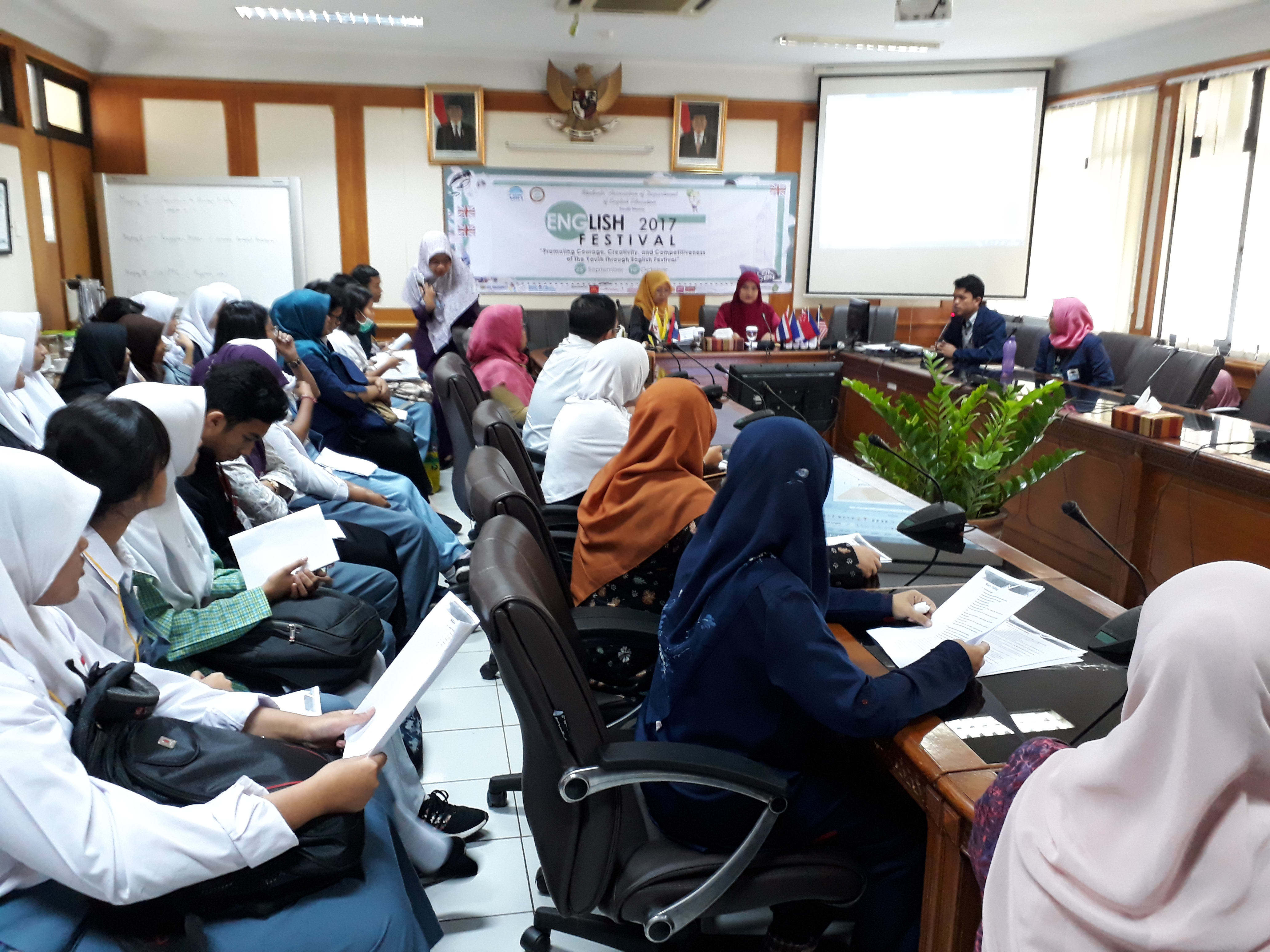 The event was inaugurated by the Vice Dean for Student and Alumni Affairs represented by Student Coordinator Amellya Hidayat SPd.

In his speech, Amel explained that this activity has been held four times by FITK PBSI UIN Jakarta, previously named Ecom (English Community).

“EF 2017 is a series of events organized by PBSI FITK UIN Jakarta in order to provide a medium for the students in applying their English language skills,” said Amel.

This activity, she continue, is expected to become a promotional event for PBSI UIN Jakarta as a form of PBSI FITK concern towards the development of language education, especially in the field of English language.

She also added that He added, UIN Jakarta this year began to apply the UKT system (Single Tuition Fee) for the first time. After participating in this activity, participants will get a certificate that serves as a UKT file attachment to be considered for UKT grouping.

“In addition, this activity is designed to raise the success indicator of FITK itself along with the student’s achievements,” she added.

She also hoped that this activity can establish a solid communication and relationship between the civitas academica of FITK UIN Jakarta with the students as the spearhead of language skills development in Indonesia.

For information, this event will provide certificate as well as a total prize of tens of millions for junior high, high school and the University level with 12 types of competitions. (usa)