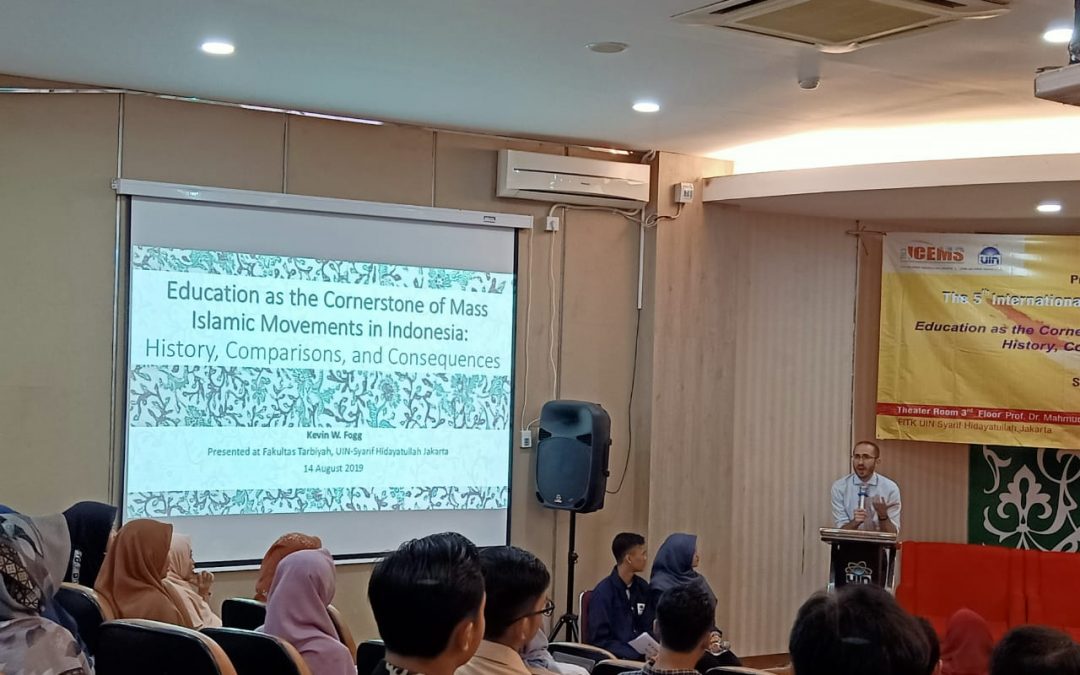 FITK, UIN News Online – FITK UIN Jakarta once again held the 3rd ICEMS Pre-Conference on Wednesday (08/14/2019) at the Mahmud Yunus Theater, FITK Building, campus I of UIN Jakarta. The event was opened by the Vice Dean for Academic Affairs of FITK UIN Jakjarta Muhammad Zuhdi, and attended by a number of FITK students, lecturers, and the general public.

The event, which is themed on “Education as a Cornerstone of Mass Islamic Movements in Indonesia: History, Comparisons, and Consequences”, present Kevin Fogg from Oxford University as a resource person.

“This organization has a modern structure that cannot be influenced by the government, “said Kevin.

Islamic organizations in Indonesia, continued Kevin, have existed since the Dutch colonial era. In Medan there is Jamiatul Wasliyah, in Lombok there is Nahdatul Ulama, and al-Khairaat in Poso.

According to Kevin, the development of the organization began with an expansion stage, for example by creating an education-based foundation, from non-formal, informal then to formal schools. The second step is to consolidate and standardize. The organization consolidates networks and standards for educational outcomes and even develops special schools to become Islamic scholars.

While the relation between the Islamic organization and politics and government as asked by Dwi Nanto, a participant who is a lecturer in FITK, Kevin answered, “There is a connection, but it is not significant,” he concluded. (usa/lrf/mf)