FITK Holds the Final Stage of PLPG in Bogor and Cianjur 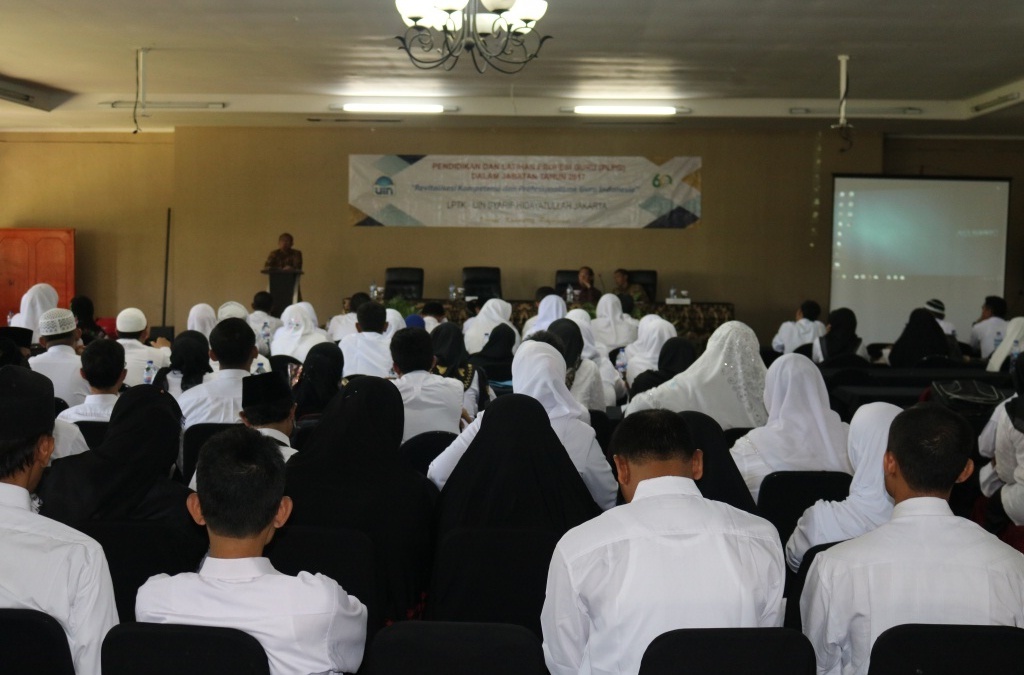 The Ministry of Religious Affairs (Kemenag) RI through Directorate General of Islamic Education (Dirjen Pendis) during the opening of the last phase of Islamic Education (PAI) PLPG at Grand Prioritas Hotel Cisarua, Bogor, Monday, (4/12/2017) confirmed that the certification is planned to be completed in 2015.

“This is the mandate of Law No. 4 of 2005 on Teachers and Lecturers. But the government seems incapable of carrying it out completely, then it delayed until 2016,” said the Sub-directorate head of PAI of Pendis Drs Nurul Huda MAg in front of 185 PAI PLPG participants.

In 2016, he added, is a transition period from Kemendikbud to Kemenristekdikti, so there is no PT appointed by the government as the organizer of the PLPG.

“The budget is already available, but since there is no PT appointed, then it can only be continued in 2017,” said Huda.

Furthermore, in 2017, the Directorate of PAI is only able to prepare a quota of 1,273 teachers of religious subjects for the PLPG.

“This is the last chance and should be utilized optimally. Do not let anyone fail. If not graduated this year, then will be given the opportunity in 2018 and 2019 for UTN. The allowance will be given in 2020,” he said.

For this final stage of PLPG, Kemenag has been trying to help to facilitate the participants, as long as it does not violate the existing provisions and laws.

In the context of allowance disbursement for example, the certification of teachers who previously had to pass through several stages, is no longer necessary.

Meanwhile, the Dean of FITK in his speech said that FITK get a new offer for further implementation of PLPG in December 2017 for a quota of approximately 1000 teachers.

For information, PLPG participants this time many come from remote areas in Indonesia, including Flores, Nias, Ambon, Pidie Aceh, Lombok and even Papua. To participate in this activity, they must be willing to leave their family and spend millions of rupiahs in order to become a professional teacher. (usa)