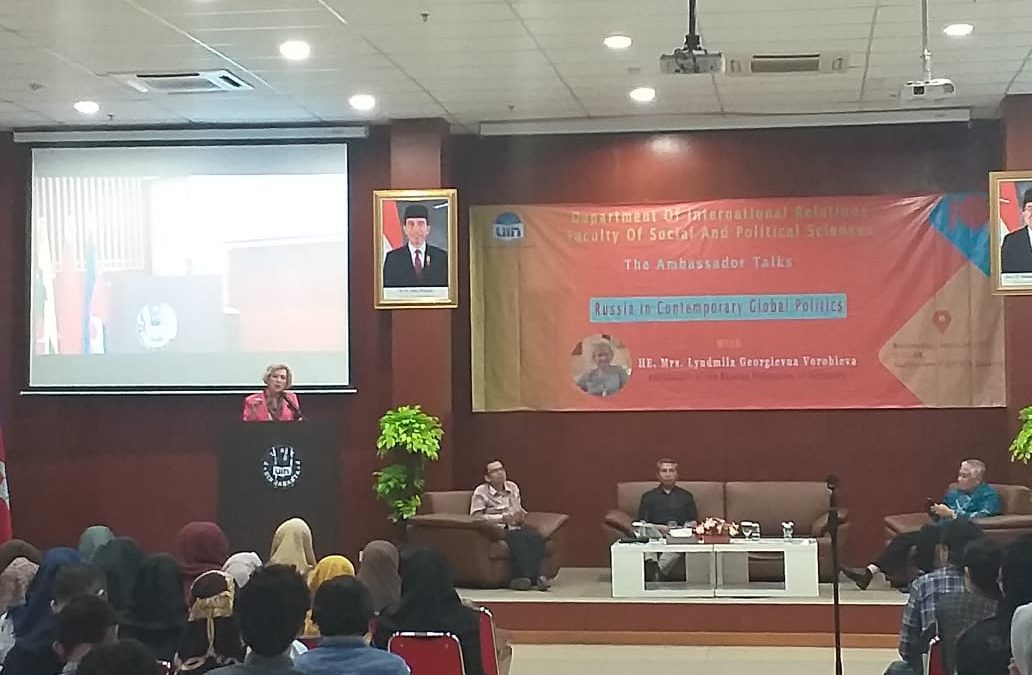 Lyudmila in her speech said, as a permanent member of the UN Security Council, Russia has the right to veto any major resolutions.

“Russia has a strategic role in European politics, especially for its participation in resolving the Syrian Conflict. Russia also has an important position in the Middle East,” said Lyudmilla.

She also added that Russia always maintains good relations with Muslim-majority countries, such as Indonesia.

“Russia, as part of a global political entity, has an interest in creating a balance of world politics,” she said.

Muslim-majority countries, she said, are an important part of the global political map. In addition, the Muslim community itself is one of the most social groups in Russia itself.