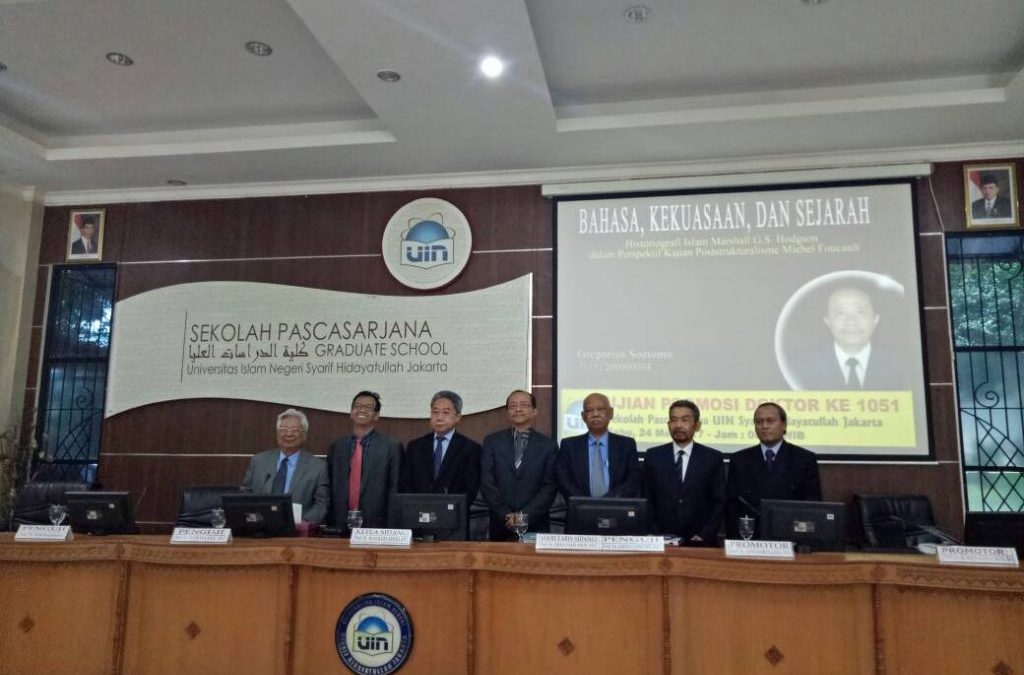 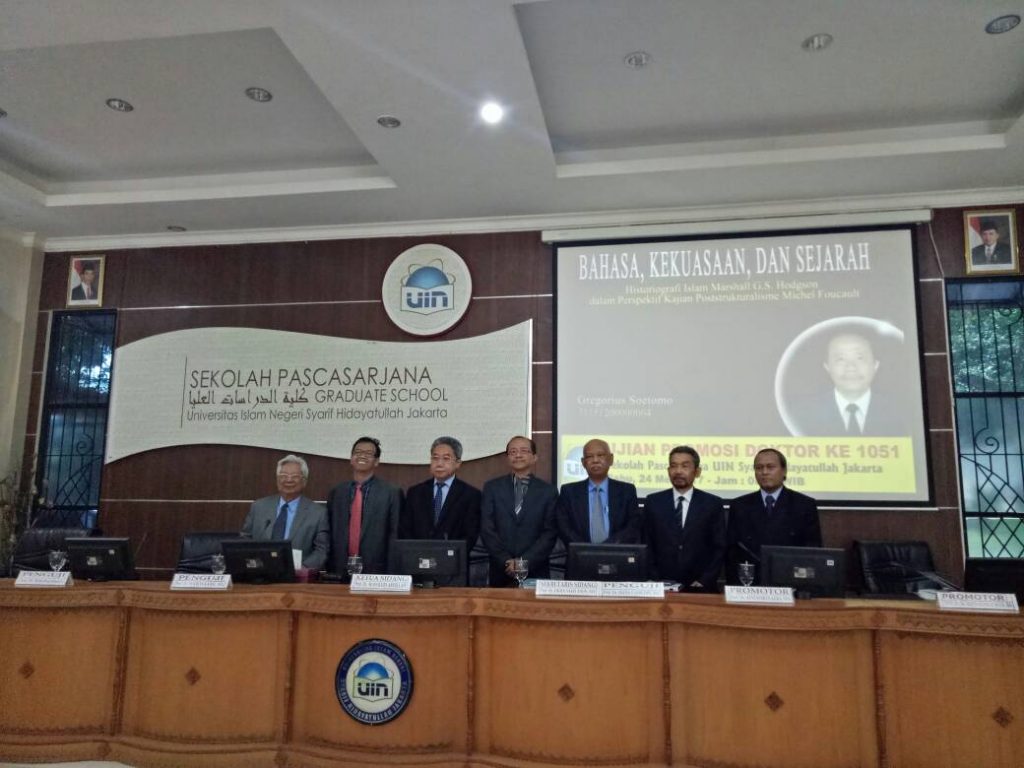 The examiners were delighted; even feel proud, for doctoral promotion of Father Greg. Not only the quality of the content of the 200-page dissertation that contributes intellectually to the discourse of Islamic history, but also its presence as a Catholic leader in the center of the civitas academia of Islam in UIN. Prof. Azra considers that the presence of Father Greg is also one way of “encountering” two religious traditions to build a closer brotherhood of fraternity. Also this is agreed by Prof. Masykuri as the Session Leader, who is also actively involved in inter-religious dialogue, both at national and international level.

In this doctoral promotion, Father Greg successfully defended his dissertation by winning the cum laude title. In fact, Prof. Masykuri announced that the grade point average (GPA) of Father Greg during his doctoral studies program reaches 3.75. He was also recorded as a 1051th graduate doctor from the Graduate School UIN Syarif Hidayatullah Jakarta. He also managed to complete the study period for four years on the same campus, for master’s degree and doctorate. In the history ofUIN Syarif Hidayatullah, he also became a second doctoral alumnus who was able to complete his doctoral studies for two years. In fact, Father Greg is the first priest who managed to earn a doctorate in UIN Syarif Hidayatullah. Hopefully, the consistency of the development of the academic world in this field of history will be deepened, and useful to the effort to improve interfaith dialogue among Abraham’s son, Islam and Catholic in particular. (R.B.E. Agung Nugroho/translated by usa)