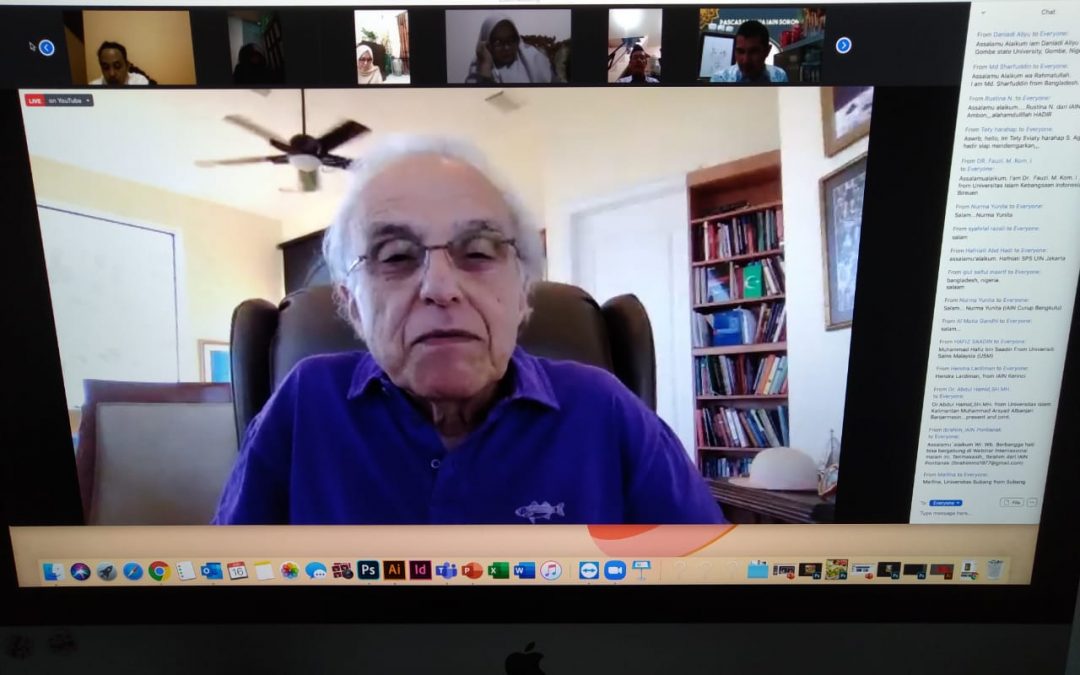 Rector in welcoming address highlighted the challenges and solutions to this challenges, “During this time, we have many hate speeches, false news (hoaxes) in various social media platforms. This is in contrary with moral guideline provided by the Qur’an and local wisdom from all over the world. So, we need to clarify a lot of things because we still face islamophobia,” she said

As for the opportunities, she continued, the message of Islam is to acknowledge one another. “So, we need to stick together no matter what our background is.  Beside the holy message of the Qur’an, the distributive technologies such as the internet and social media platforms also considered very important as an effective means to communicate,” said Rector.

Meanwhile, Umar A Pate in his presentation said that Nigeria consisted of different Islamic groups who all used mass media as a medium for the socialization and propaganda of their group’s identity.

“They have utilized the mass media to broaden their influence over Nigerian muslims and national society,” he said.

In line with Esposito, Hamid Slimi said that the current challenge is the image of Islam produced by the mass media. “Therefore we all must do da’wah internally and externally to answer and explain the image of Islam to the world,” he said.

On the same occasion, Andi Faisal Bakti in his presentation also stressed the importance of socializing Islamic communication in the digital era which is full of challenges and opportunities as it is today. “This is because Islam exists as a religion that disseminates universal information and invitation,” said Andi. (usa)