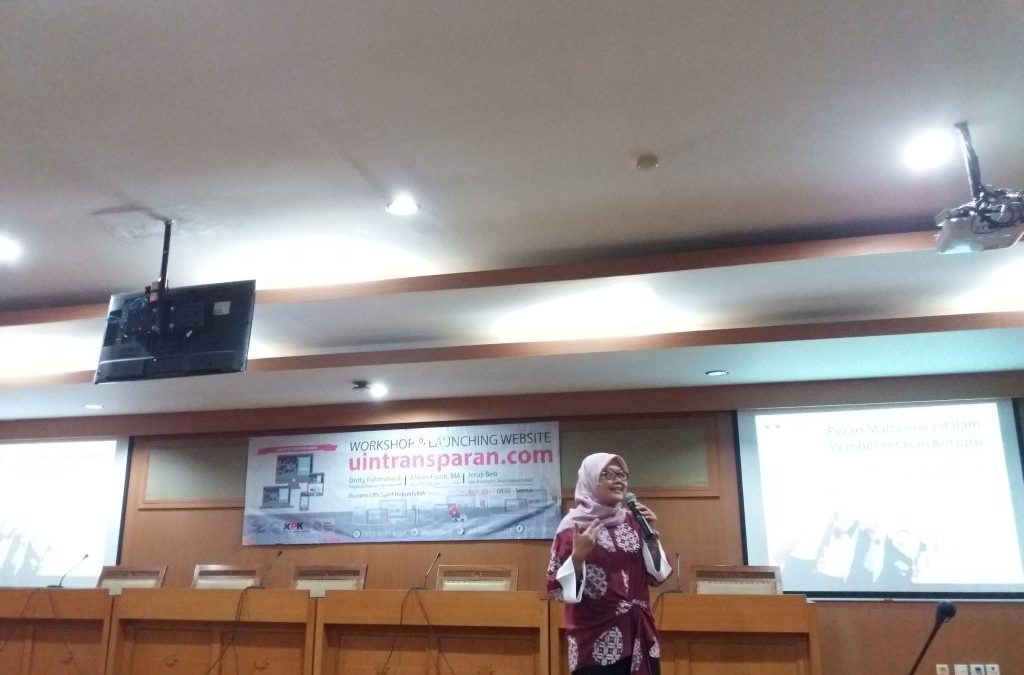 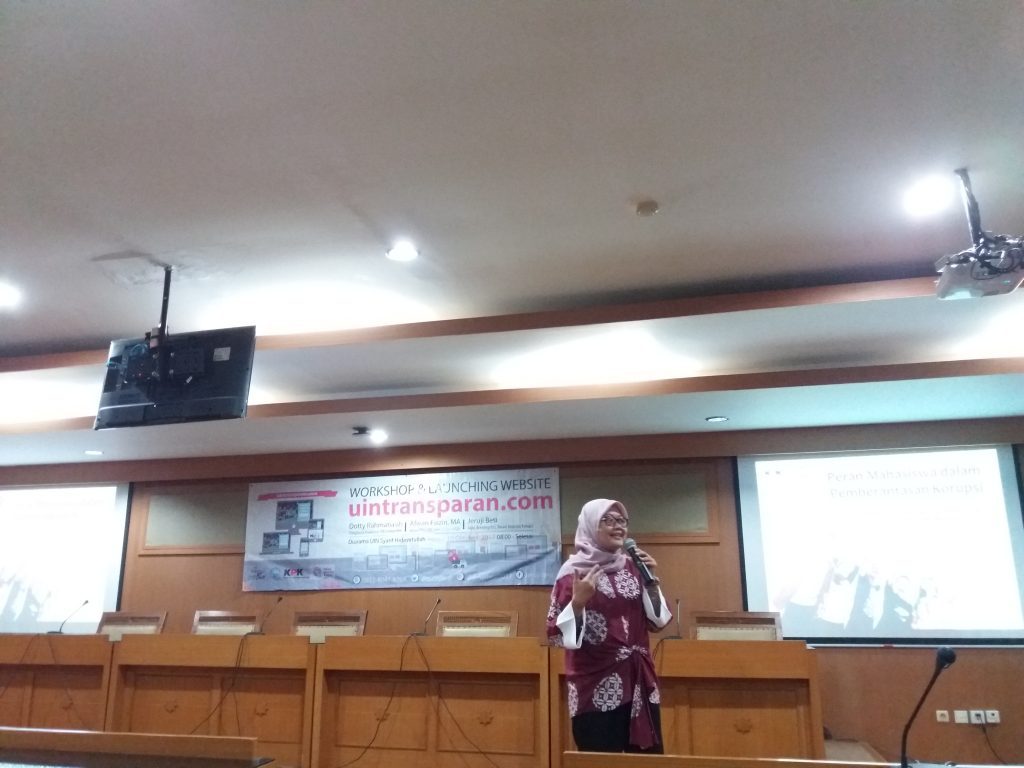 The team consists of three students of UIN Jakarta. All three were Muhammad Nur Azami (student of History of Islamic Civilization, FAH), Selamet Widodo (student of Hadaf Department of Tafsir), and Shofwatul Ummah (student of Aqidah and Philosophy of Islam, FU). They were the representatives for UIN Jakarta in joining the Festival with the hope that this festival able to encourage and to build student integrity and anti-corruption attitudes through the development and utilization of social media campaigns.

Not only that, he added, public information disclosure in the environment of universities was also strengthened by ministerial regulation no. 75 Year 2016 on Public Information Services. “With this website, we hope that non-activist student of any student institution also becomes an active role in organizing in student organization, from supervision, implementation of the activities, to public decision making process,” he explained.

Responding to that, Vice Rector of Student Affairs UIN Jakarta Prof. Dr. Yuzran Razak appreciated the launch of the website. According to him, the presence of the website was a proof of high idealism and commitment of UIN Jakarta students in encouraging openness and public transparency. “Hopefully students remain committed to this transparency and accountability, and avoid Corruption, Collusion, and Nepotism,” he hoped.

Functional Directorate of Dikyanmas of KPK Dotty Rahmatiasih who also attended the launch of http://uintransparan.com/ representing KPK leaders and institutions appreciated the initiative of the students. According to him, this kind of activity gave an optimistic that the younger generation has a great concern over the problem of corruption in the country.

“Even the horrible thing was, the corrupt actors contained within a young age, involving family members, whereas the family is a place for children in learning values and norms,” he said.

KPK as an anti-corruption institution, he continued, cannot work alone but it needs the involvement of other parties such as students to cooperatively combat every acts of corruption. “Because we are opposed something big and massive, and that is extraordinary corruption. Our goal is to build an anti-corruption culture, “he added. (usa)