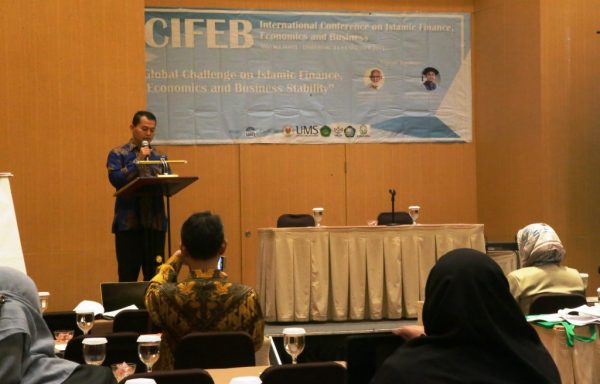 He also added that the conference was held due to the position of FEB UIN Jakarta as a benchmark in Islamic economic studies development among the national religious higher education environment. “Therefore, we have a moral obligation to facilitate the research on Islamic economics through this activity,” he explained.

Moreover, he continued, this international conference cannot be separated from the role of lecturers and researchers of Islamic economics to continuously improve the quality and productivity of their research. Therefore, he continued, the paper from the conference participants will be tightly selected by the reviewer team to be published through proceedings or SCOPUS indexed international journals.

“If the content and its writings are in accordance with SCOPUS indexed international journals, then the results will be published in the journal to be read more widely,” he said.

Amilin said the 40 papers presented at the international conference included a number of important themes on Islamic economic and financial issues. For example, paper from Euis Amalia, Ahmad Rodoni, and Hani Tahlian. The paper entitled Good Governance in Strengthening the Performance of Zakat Institutions in Indonesia. The paper elaborates on good governance from an Islamic perspective to analyze various factors in zakat management governance in Indonesia.

Another paper, Capitulation and Its Impact on Economic Stability 18th & 19th Century Ottoman Turkey (An Observation of Al-Siyasah al-Syar’iyah al-Maaliyah) The paper, written by Desmadi Baharuddin, presents the political economy of international trade during Ottoman rule between the Turkish imperimum with Western Europe countries. (usa)