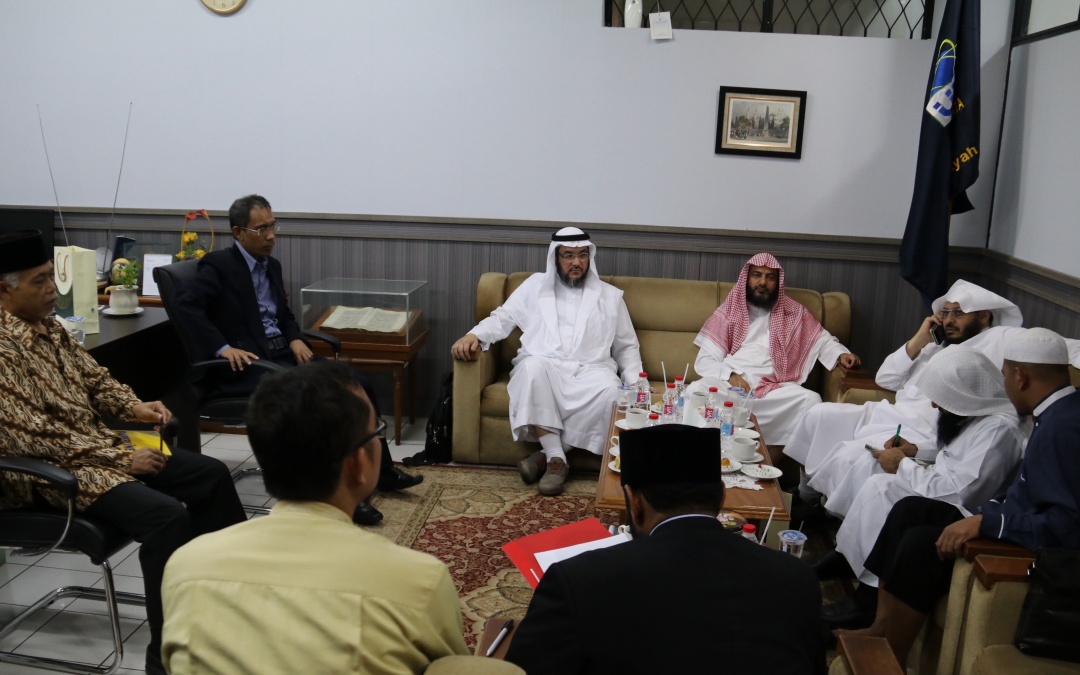 The meeting which lasted no less than 3 hours resulted in several cooperation agreements between the two institutions.

In his remarks, Hamka appreciated the initiation of the cooperation. Additionally, Hamka also thanked him for his visit to UIN Jakarta, especially to the Faculty of Dirasat Islamiyah.

“Hopefully this visit will strengthen the relationship between FDI UIN Jakarta and Umm Al-Qura University and could enrich the scientific development climate in both institutions, especially in the field of slamic studies,” said Hamka.

Based on UIN News Online observation, it seems that the students and S2 and alumni are very enthusiast to join the scholarship enrollment. This is evidenced by many technical related questions on how to obtain the scholarship. (usa)