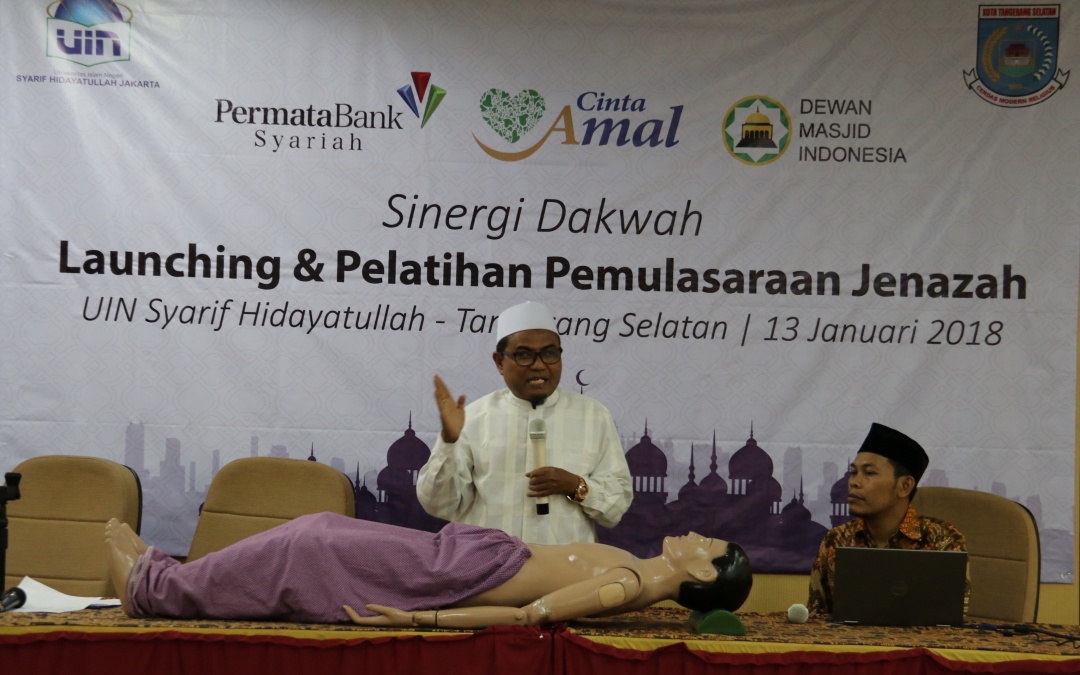 The training, presented several speakers, among them are Dr. Sahabuddin Lc MA (Lecturer of Hadith Science), and Dr. Rusli Hasbi Lc MA (Lecturer of Fiqh Science). On the occasion, in general the speakers delivered material about the procedure of bathing the dead body, enshrouding the dead body in a white cotton or linen clotch, funeral prayer (Salat al-Janazah), and the burial of the dead body in a grave. Although many trainees are familiar with the work but in fact many new things are known, such as the difference between corpses and deceased, the law of reciting prayers after performing Salat al-Janazah.

The speakers also provide the post mortem care procedures based on the differences mazhab and culture, so that the participants will gain a lot of new knowledge. To UIN News Online, To the NEWS UIN Online, one of the event organizers said that the same event will be held again in near future with a small-class session, so that DMI members will be able to master the post mortem care procedures properly. (usa)