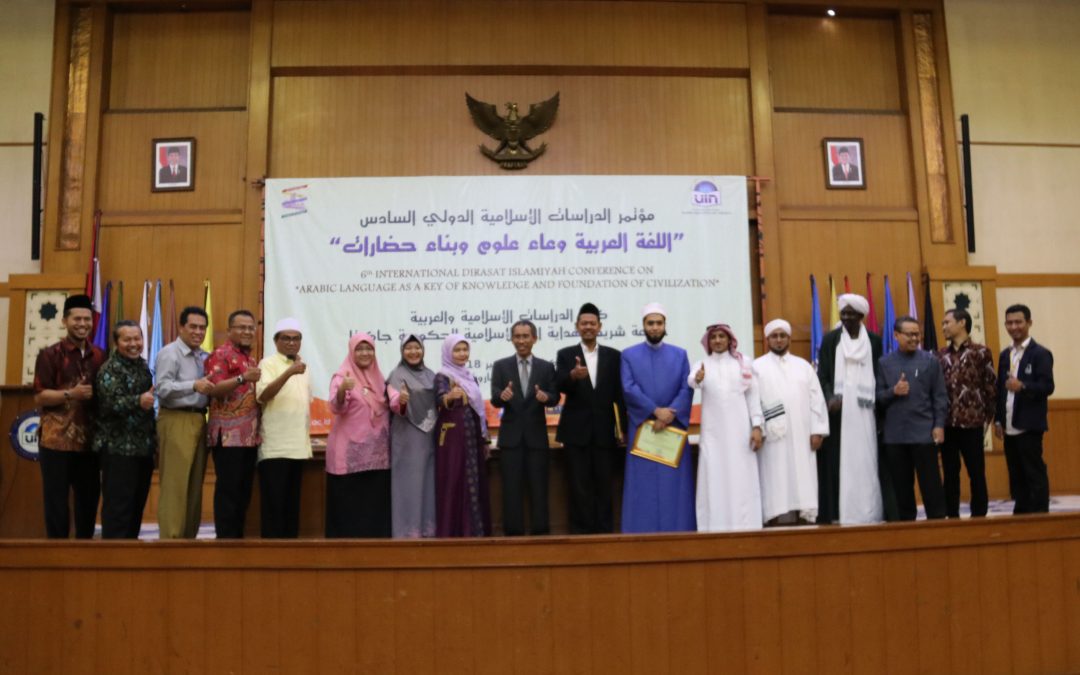 Also present at the event, representatives from the Ministry of Youth and Sports (Kemenpora) from several pesantrens, as well as FDI UIN Jakarta academic community.

Rector in his speech appreciated the implementation of the event, he also thanked the speakers who had taken the time to attend the event.

While the speakers, in his presentation explained that the role of Arabic Language in maintaining the stability of national knowledge in Indonesia and several countries in the world.

Mohammad Abed Al-Jabiri said, that language determines the way of thinking, and social areas. The causes of the expansion of Arabic include the arrival of merchants, Middle Eastern immigrants and foreign preachers, especially from the Arabian Peninsula in spreading Islam, and the acculturation of Arabic and Indonesian culture, and the Arabization process must be accompanied by the submission and obedience of Tashawuf Science. in carrying out the commands of the Shari’a which speak Arabic, such as performing prayers and other social interactions.

“In fact, according to Imam Shafi’i, every Muslim country must have knowledge produced by local wisdom in order to create a strong spirit of nationality and religion,” he said.

Then, Ali Ahmed Al-Zubaedi said that the existence of Arabic is not only the language of the Qur’an, Heaven or Islam, but is the only language that is directly guarded and preserved by Allah SWT.

“Arabic is the source of all civilizations both in the past, present and future. Language that is rich in vocabulary, culture and point of view is different from other languages, even some countries use absorption words from Arabic, “said Ali Ahmed.

Such statement is also shared by the following speakers, such as Hasan al-Haj, Faishal Hamood, and Ahmad Ishom, they asserted that Arabic is also a source of knowledge, both general and religious knowledge.

They also explained the types of Arabic language knowledge, the role of Arabic, and the importance of understanding the rules contained in Arabic so that there was no mistake in translating or interpreting them. (usa)