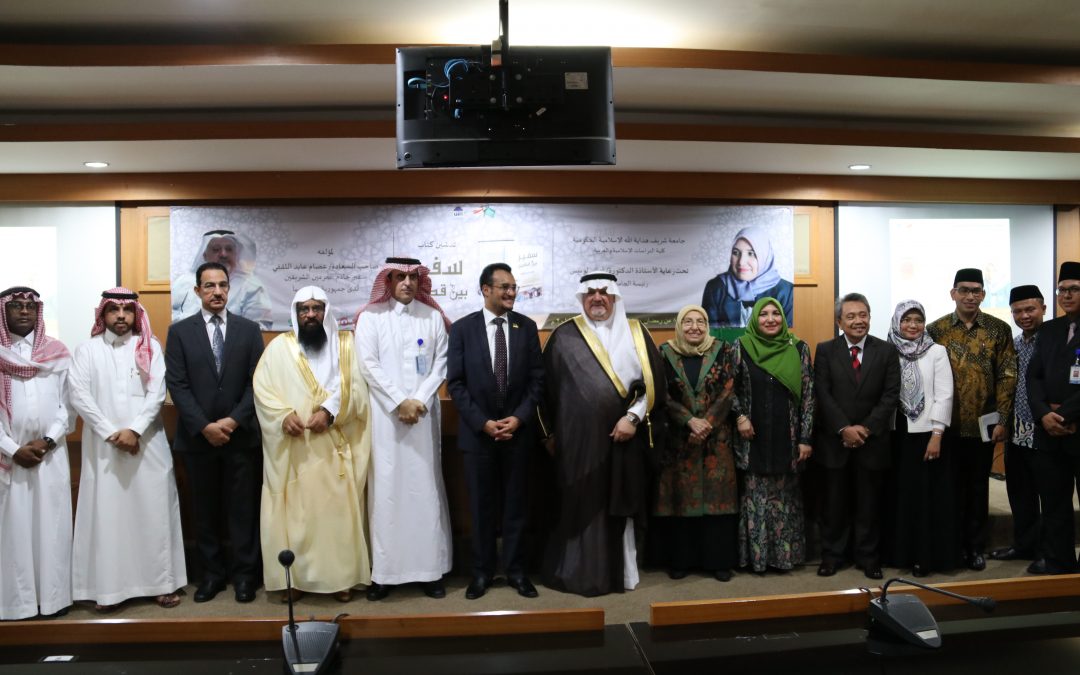 Present in the event, the book author H.E. Mr. Esam Abid AL-Thagafi, Rector of UIN Jakarta Amany Lubis, Professor at the Faculty of Adab and Humanities Nabilah Lubis, and Dean of FDI Syairozi Dimyati as moderator.

Esam in his presentation said that this book contains his diplomatic career while serving in the Kingdom of Saudi Arabia’s Ministry of Foreign Affairs.

“My diplomatic career journey began when I worked at the Ministry of Foreign Affairs. I have been placed in the United States, Brunei Darussalam, Argentina and Norway and arrived now in Indonesia,” he said.

He also added, when he served as Saudi Arabian Ambassador for the United States, there was an incident on September 11, 2001 which claimed thousands of lives and carried out by Osamah Bin Laden’s group. Some Saudi Arabians were declared involved with this group.

“But this problem can be resolved through the usual diplomatic channels,” said Esam.

The 2 hour book review was closed with a question and answer session at the end of the event. (usa)