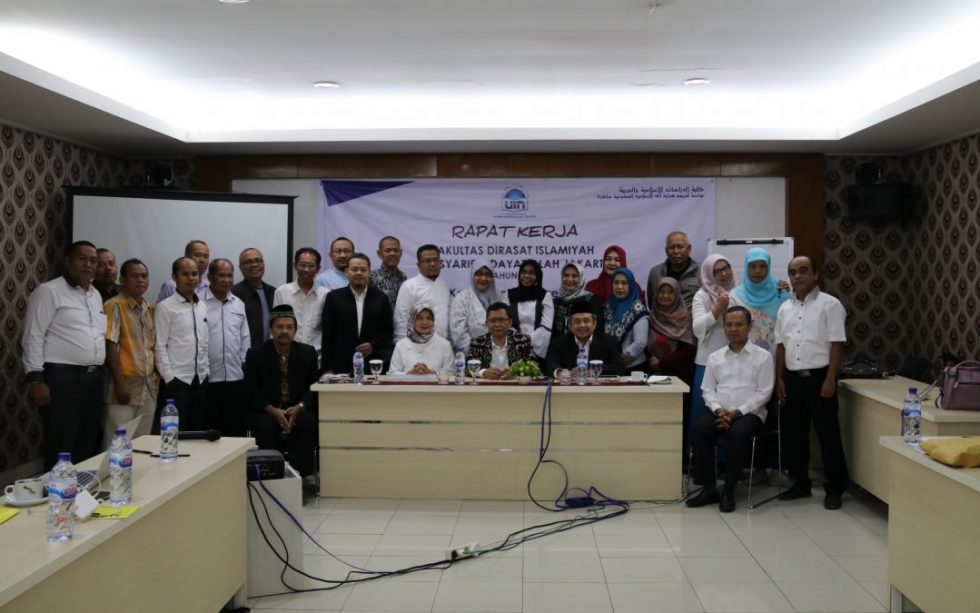 By raising the theme on “Menuju Fakultas Kelas Dunia & Terekognisi Internasional”, Ahmad Rodoni in his remarks hopes that the meeting can produce decisions that can be realized for the progress of the faculty.

On the same occasion, Dean of FDI UIN Jakarta Mohammad Syairozi Dimyati said that FDI must become a leading faculty in the international world without having to leave Indonesian values. In addition, FDI must also be a stronghold of moderate Islam. “While its mission, namely to maintain the value of the Koran and Sunnah Nabawi, teaching Syar’iyah and Arabic in accordance with the al-Azhar (sunni) system, and to spread Islamic values through da’wah,” he said.

Still on the same occasion, Masri Elmahsyar Bidin encouraged FDI to open a Doctoral Program. Hamka Hasan  (Dean of FDI for the 2014-2019 Period) also reminded that related to the degree of FDI graduates, it should be proposed again because of the dissimilarity in the regulation.

Meanwhile, Nurul Irfan to UIN Online NEWS said that the purpose of the meeting was to review work programs and the 2020 budget, and prepare a work program and budget in 2021.