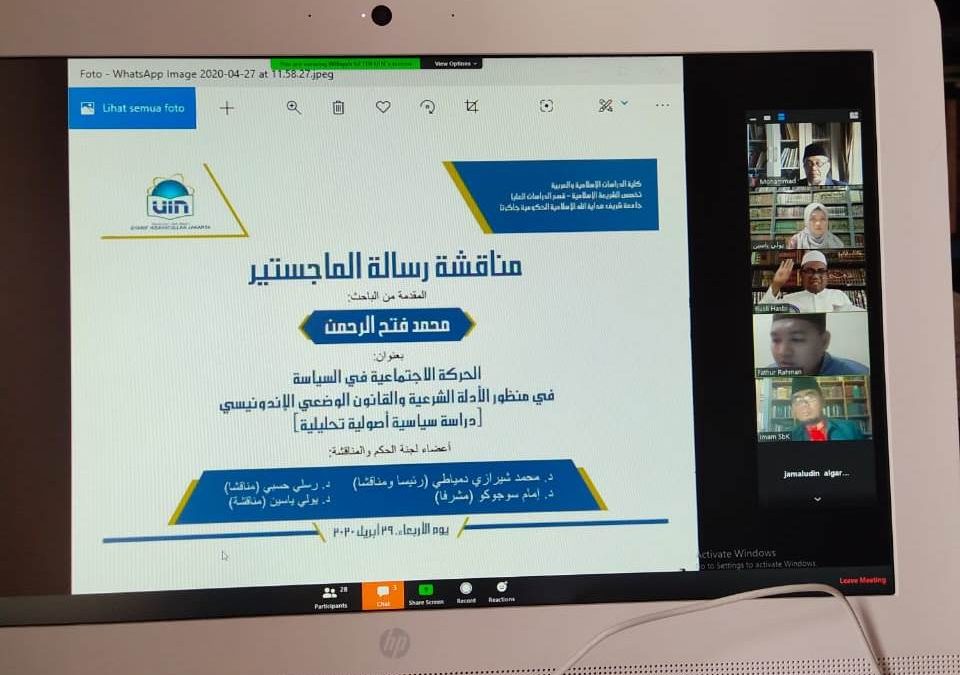 Rectorate, UIN News Online – The #GantiPresiden (#ChangePresident)  movement in 2019 considered as a legal movement that is in line with sharia, such as Istihlah, Istishab, and Ihtihsan. It also does not contradict the Law No. 9 of 1998 concerning on Freedom of Expression in Public.

In his thesis entitled Al Harakah al Ijtima’iyyah fi as Siyasah fi Manzhur al Adillah as Syar’iyyah wa al Qanun al Wadh’i al Indunisy: The Ethical Issue of Ushuliyah Tahliliyah (Socio-political Movement in the Perspectives of Sharia Law and the Law of the Republic Indonesia: Studies in Political Studies and Ushul Fikih), Fathur Rahman says that the movement is a pure social movement by people who are frustrated by various governmental policies that cause so much social inequality.

According to Fathur, this movement aims to obtain justice and equality. Furthermore, the socio-political movement has become an effective means in achieving this goal. “This movement also aims to prevent the government in taking the harmful policies,” he said.

He also stressed that the #2019ChangePresident movement did not contradict the 1945 Constitution and other laws. Because the movement is not aimed to overthrow a legitimate government, but rather to replace a new government through an electoral mechanism.

“The accusation that the movement was an act of treason was also incorrect. That is just a difference of opinion and interpretation in understanding the Indonesian Law,” he said. (usa/ns)