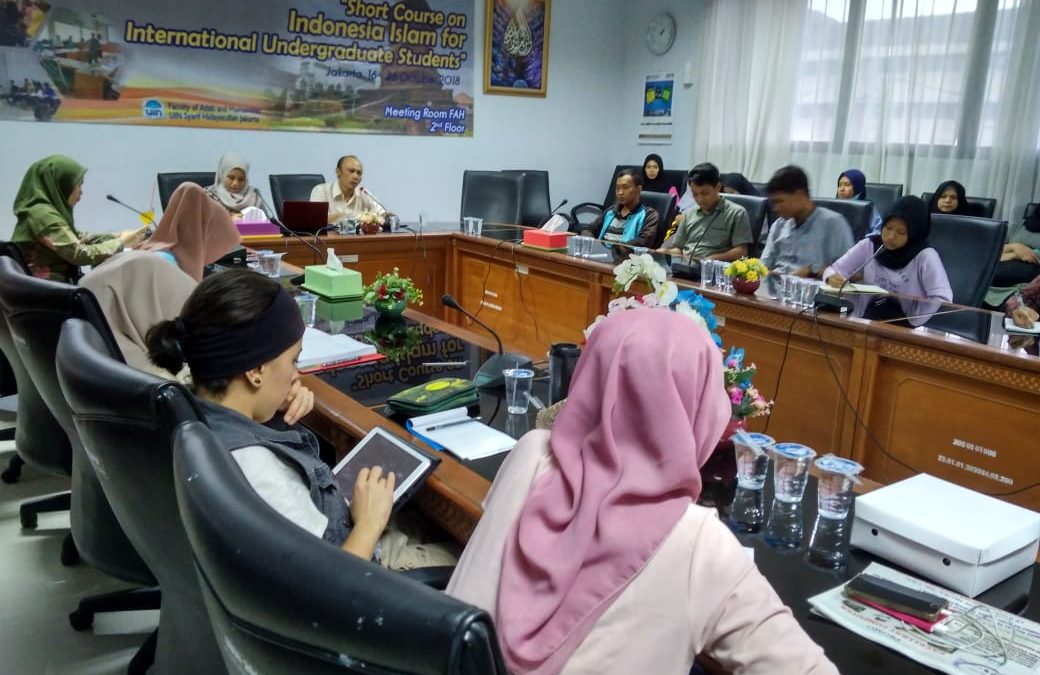 The event with the theme of Indonesia and Islam was attended by 15-20 international undergraduate students of UIN Jakarta. One of the Short Course organizers, Yasir Mubarok, explained to FAH Journalists about the discussion that took place on Friday, 19 October 2018. “The first is related to the discussion system, which is two way, the speaker explained the contents of the discussion subject and the participants present could provide direct response,” he said.

One of the speakers, Lecturer of Islamic civilization history FAH UIN Jakarta Awaliyah Rahmah provide material themed on “Batik in Indonesian and Culture”.

Based on observation, the enthusiasm of the participants was very high, they were able to follow the course of the discussion by using English or Arabic. There are no severe constraints in terms of the language used.

Yasir also hopes that events like this can become an annual FAH event. Additionally, this event aims to allow foreign students to see Islam in Indonesia.

“Because Indonesia is a country that has the largest Muslim population in the world, where foreign students are attracted to Islam in Indonesia which has its own distinctive culture,” he said. (usa)