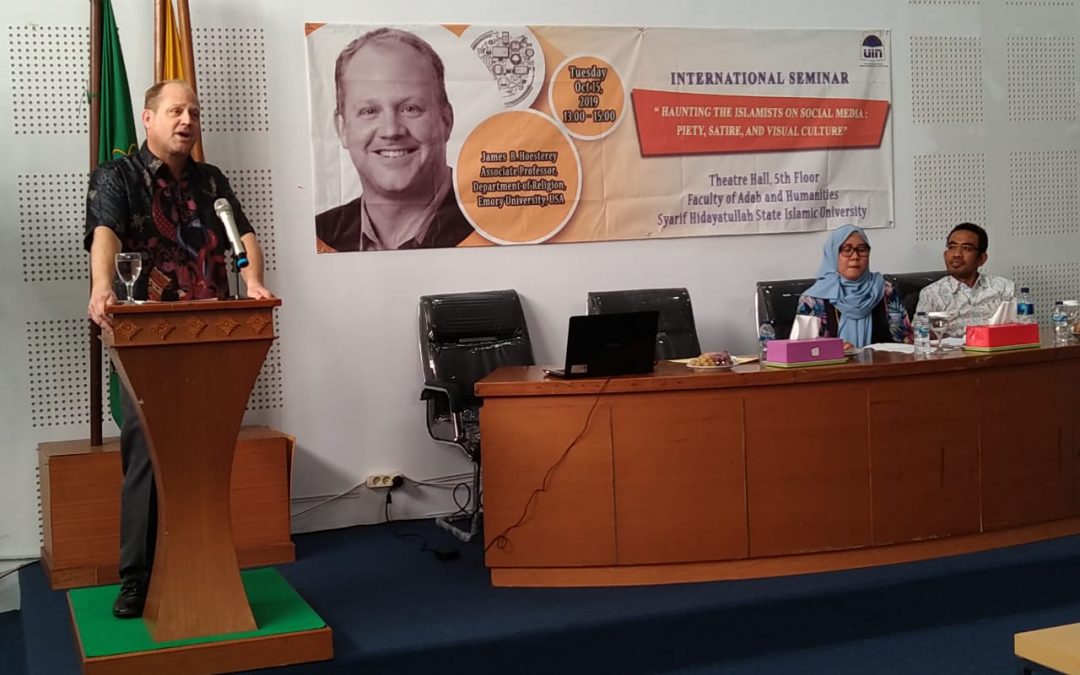 Hoesterey in his presentation talk about the way in which people are using social media, especially young people in creating memes or cartoons to show things those includes various scandals in social media platforms

“We will talk about how people use visual culture to tell the people who used Islam for political and financial power that they are actually not as pious as they claimed to be,” he said.

He also explained, one example was the case of a charismatic religious preacher after he took a decision to engage in polygamy. According to his female followers, the messages his preached in his sermons were not consistent with his actions.

“After it went viral on social media, their popularity plummeted,” said Hoesterey.

In addition, he also explained about the political economy of media which often used as a means in fulfilling the interest of its owner and political elites that limit the freedom of journalists to conduct exposes.

For information, James B. Hoesterey is Assistant Professor at the Department of Religion of the Emory University. His research and teaching interests include Islam, popular culture, new media, moral subjectivity, religious biography and religious authority. (usa)