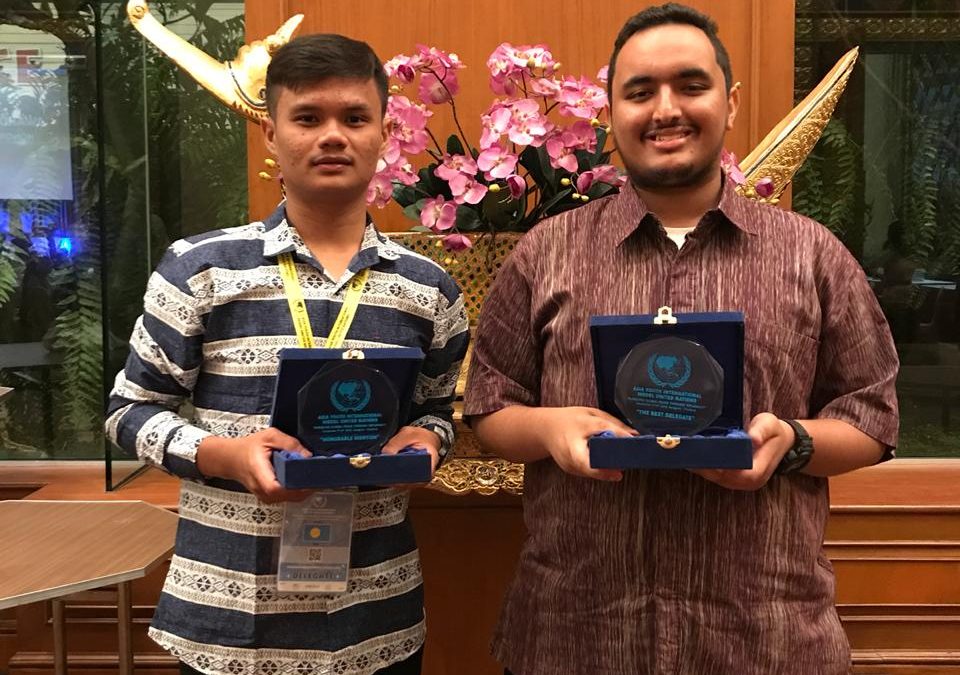 FAH, UIN News Online – Fahmi Umar, one of the students of the Department of History of Islamic Civilization (SPI) of the Faculty of Adab and Humanities (FAH) came out as the Best Delegate on Asia Youth International Model United Nation (MUN) award that took place on Saturday-Tuesday (November 3-6th/2018), at Prince palace Hotel Bangkok, Thailand.

Fahmi, told us about the reason he was interested in participating in the Asia Youth International Model United Nation (MUN), “first I want to develop myself, at the same time, I have passion in public speaking and practicing English which in my opinion is very important these days, and I want to prove that at the MUN program itself is not required from an appropriate background, it does not allow other majors not to be able to participate in this event,” He said excitedly.

He also said in the simulation session of the Asia Youth International Model United Nation (MUN), participants were trained to play a role as Diplomats from various countries represented, in the action Fahmi Umar passed the flow of activities held in the trial simulation, one of which he was elected as a delegate from the Czech Republic “Before the conference, we were told to conduct a research or position paper, we first research our country on this issue,” He explained wisely.

For the achievement of the award, of course the feeling of happiness and joy was present in his expression when the final question he gave in the form of satisfaction “I was very proud, because I spent a month researching, I had to go everywhere with the trainer, until the simulation day , I came out with what I had learned, and the results turned out to be unpredictable, and it was acknowledged to be the Best Delegate,” He said happily. (usa)