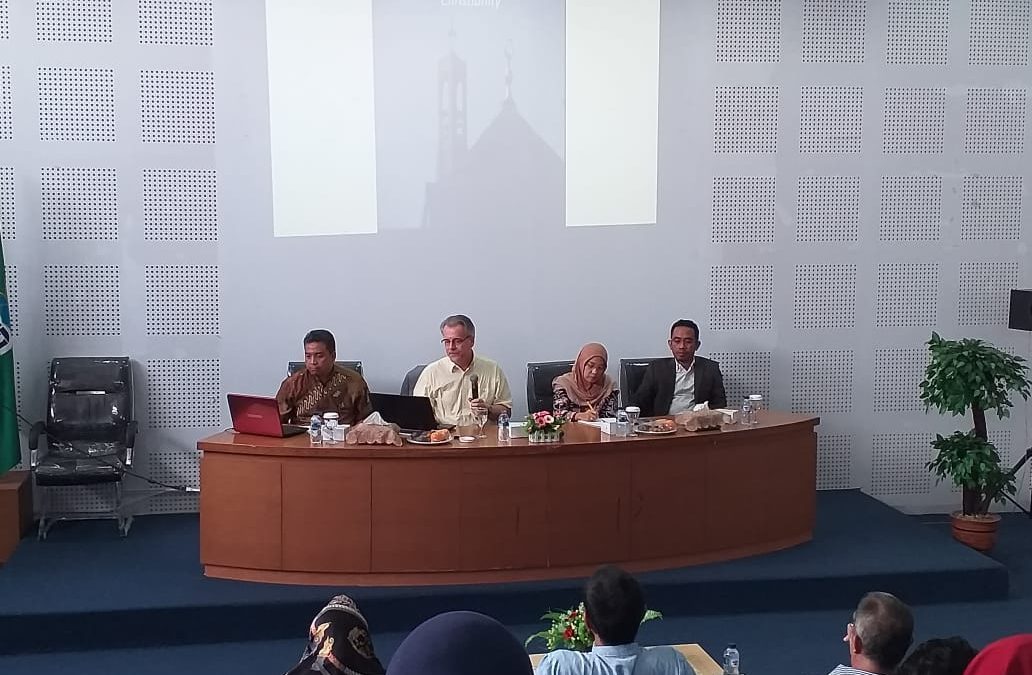 Johannes in his presentation explained that Islam and Christianity have close historical relations through their respective contributions in the history of human civilization.

“One of the important contributions of these two religions is the use of language, both in their home regions and in regions that have received both influences. If Christianity uses Syriac Language, then Islam contributes it through the use of Arabic,” said Johannes.

According to Johannes, Syriac language is the language of East Arab society. It is a liturgical language for several Syrian church groups such as the Syrian Orthodox Church, Syrian Catholic Church, Maronite Church, Chaldean Catholic Church, Eastern Assyrian Church and East Old Church. This language is still used in Syria, Iran, Iraq, Lebanon, and Turkey.

Whereas Arabic, he continued, is one of the Middle Semitic language groups related to Hebrew and Neo-Aramaic languages. Along with the progress of Islamic dynasties in medieval times, Arabic became the main language of culture and science. In addition to language, the relations between Islam and Christianity are also built through knowledge partnerships.

Based on UIN News Online Observation, the participants were very enthusiastic in following the seminar. This is evidenced by various questions raised by the participants to the speakers. (usa)