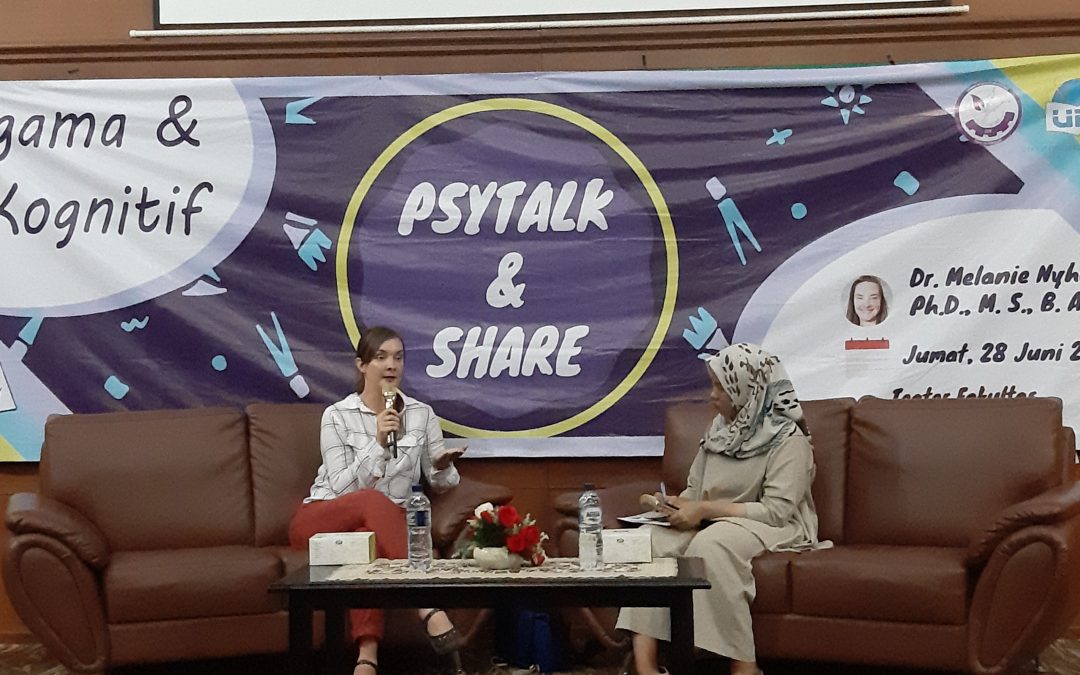 By raising the theme on “Kognitif dan agama”, this event present Developmental Psychology researcher from the United States of America, Melanie Nyhof as keynote speaker. She shared her interest in research in the field of developmental psychology regarding human cognition in accepting religious doctrines.

Deputy Dean for Student Affairs Yunita Faela Nisa in her remarks said that this kind event will broaden our knowledge on how our cognition performs when accepting religious doctrines and how we behave accordingly. Furthermore, she also socialized the tagline of the FAPSI IN Jakarta, namely “Psychology For Better Life”.

Meanwhile, Melanie Nyhof in her presentation said that religious doctrine was influenced by the culture that developed in the individual’s environment. From an early age, the concept of God can be taught to children by showing various religious rituals, while the concept of God that is in their minds is likened to a human who has a body and lives somewhere.

One of the students asked the speaker about adjusting the cognitive response when looking at age. Melanie gave an answer, that as we get older, the concept of God and Religion will change according to the development of their environment, so they tend to provide a special circle for what they believe.

“That also causes adherents of certain beliefs to feel disgusted if they find a different person entering their circle (their place of worship), so they feel they have to clean it,” explained Melanie.

For information, , the discussion was also attended by students from several universities around Jabodetabek area, such as UI, UMJ, Kahfi Motivator School, and so on. (usa)