Fachrul Razi: Saudi Arabia and the UAE are tolerant countries in the Islamic world 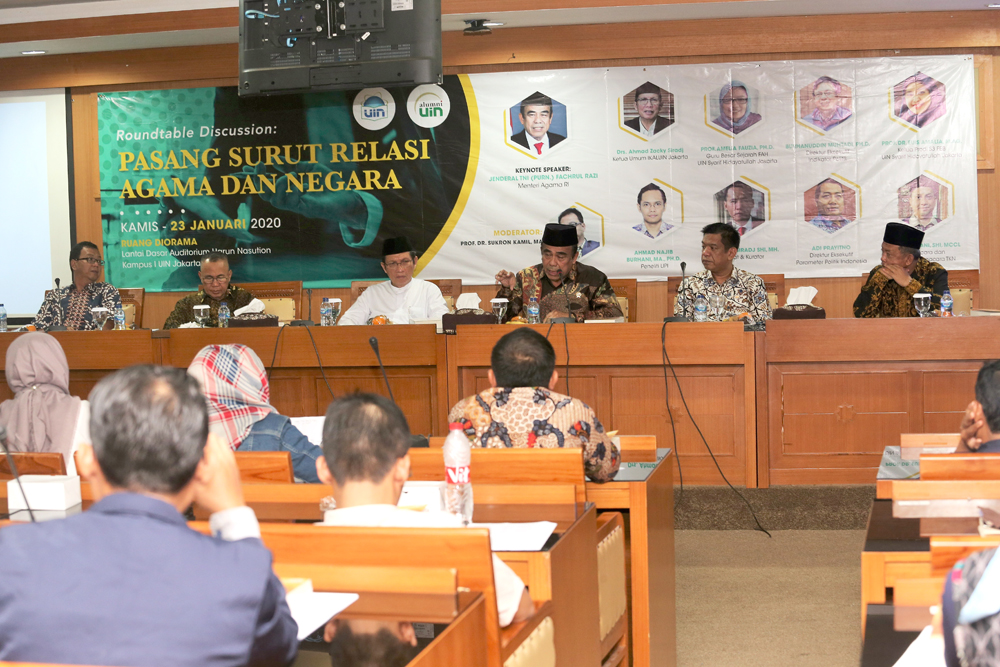 Diorama Room, UIN News Online – The Indonesian Religious Affairs Minister Fachrul Razi said that Saudi Arabia and the countries which are members of the United Arab Emirates (UAE), are countries that have high tolerance. These countries are not only open to foreign nations but also respect the diversities.

This was said by Fachrul during his presentation at the National Seminar entitled “Pasang Surut Relasi Agama dan Negara” held by the UIN Jakarta Alumni Association (IKALUIN) at  the Diorama Room, campus I of UIN Jakarta, Thursday (01/23/2020).

“However, they still maintain their national and Islamic identity. It cannot be separated,” he said.

According to Fachrul, the Royal Kingdom of Saudi Arabia government has now opened itself to accept anyone who comes to visit the country. The Government of Saudi Arabia has also exempted visas for foreigners, especially from the America and Europe.

“The Saudi Arabian government now wants many foreigners to come and visit their country. Because it will increase their earnings in the tourism sector,” he said.

Nevertheless, explained the Minister of Religion, they still held the principle of their Islamic identity and nationality. This is evidenced by the existence of rules that prohibit foreigners from wearing clothes as they wish.

“For example, if there is a female foreigner who wears clothes that are not in accordance with Islam, then he will be put on a cloth that covers the awrah of that person,” he said.