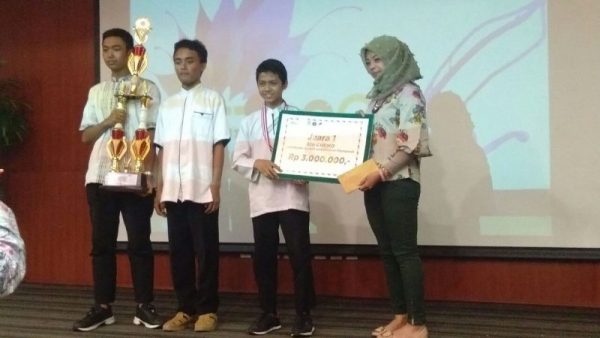 This was conveyed by the chairman of CSSMoRA UIN Jakarta Syarif Pudjiantoro to UIN News Online. “This Olympics is one of our celebrations as a student in welcoming National Day of Santri followed by santri from various educational institutions under the auspices of the Indonesian Ministry of Religious Affairs (MORA),” he said

This event was attended by hundreds of santri from various madrassas in Jabodetabek and West Java. In addition to competing for Rector of UIN Jakarta trophies, the participants of the Santri Untuk Negeri-themed health Olympics are also competing for coaching money and awards certificates.

Through a series of competitions, the committee finally appointed the delegation of International Islamic School, Ciracas, East Jakarta, as the first winner. The second and third winners were delegates from Insantama Integrated Islamic High School, Bogor West Java.

Chairman of the Olympic Committee, Isna Khumairotin Akrimah added, in addition to olympics, this activity is also filled with essay writing competitions and book review.” With this competition, it is expected that the image of students is no longer only known to be good at Religious studies, but also able to compete in the field of health sciences,” she added. (usa)