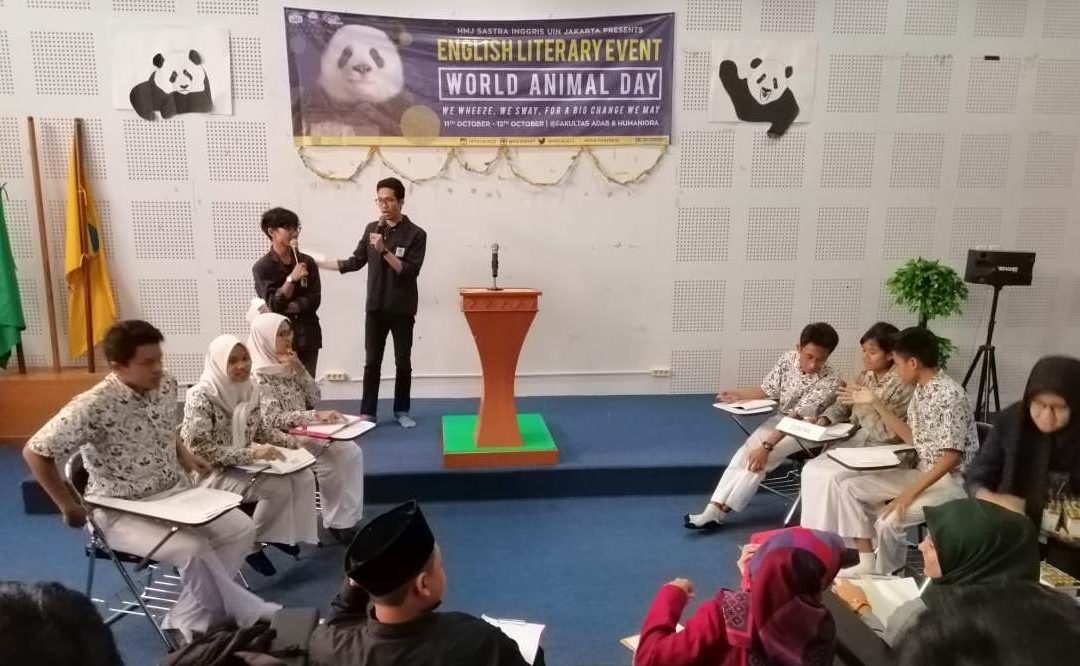 With the theme of We Wheeze, We Sway, For A Big Chance We May, which means that the small things that are done continuously will be able to produce this great change, officially opened by the Chair of the English Literature Department, Asep Saefudin.

In his speech, he conveyed the importance of practicing the ability to speak in public as well as providing tips to give speeches to participants.

In the same place, the chief executive, Maharani Cahaya Putri, reminded the participants of the importance of practicing public speaking skills.

“Our aspirations can be channeled through public speaking skills,” she said.

She also added, by commemorating the World Animal Day, participants could instill a sense of care for animals and the surrounding environment.

This was confirmed by the Chairperson of the English Literature Student Association, Ricky Firdaus, who also hoped that this event could become a forum for participants to practice their ability to speak in public