Will rookies rock the 2019 elections? 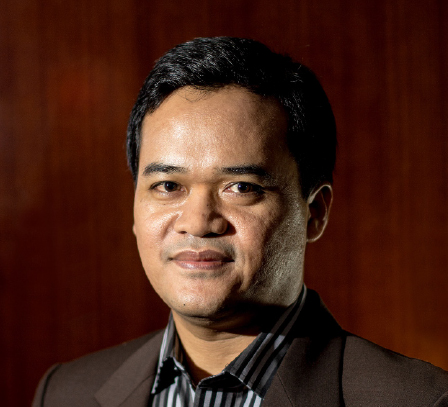 The battle for legislative seats has begun, although the election will only take place in April next year. Each political party has established its own formal identity on which to capitalize to woo support from the electorates, who will number about 196.5 million.

The General Elections Commission (KPU) has declared that 14 political parties would be eligible to contest the race, four of which  the Solidarity Party of Indonesia (PSI), Change Movement Party of Indonesia (Garuda), United Party of Indonesia (Perindo) and the Working Party (Partai Berkarya)  will make their debut. The frequently asked question is whether they would be able to pass the 4 percent parliamentary threshold that will allow them to join the House of Representatives.

Political parties are public entities and, therefore, their existence will be greatly determined by their ability to work and collaborate with the community as their voters. From the academic perspective, parties need to manage their self-image amid the competitive landscape they will encounter in the elections.

According to John van Mannen and Stephen Barley in their book Cultural Organization: Fragments of a Theory, parties as organizations should manage at least four domains, namely ecological context, differential interaction, collective understanding and personal action.

Ecological context refers to the physical aspects of location, time, history and society. This does not merely translate to the presence of offices and committee posts in all provinces, 75 percent of regencies and municipalities, and 50 percent of districts across Indonesia, but also understanding the social context of the party.

A survey jointly conducted by Indonesia Corruption Watch (ICW) and Polling Center found that political parties were among the country’s the least-trusted organizations. The public’s level of confidence in them was only at 35 percent  a crucial quandary political parties still have to address.

Apparently, the new parties can take advantage of the bad image tainting their older counterparts; new parties do not carry such a burden as they have yet to taste power. They can build a name for themselves by offering different identities, values and organizational cultures.

An exception, perhaps, goes to Berkarya, which is bolstered by Tommy Soeharto and the romanticism of the New Order as its branding. The new party looks to directly associate itself to former president Soeharto, who fell from grace in 1998 after 32 years of rule. Hypothetically, the party will rely on voters in rural areas, where Soeharto built his monumental legacy: rice sufficiency.

But this persuasive approach based on Soeharto romanticism is no longer effective, as evident in the failure of the Concern for Nation Functional Party (PKPB) under Siti “Tutut” Hardiyanti Rukmana, Tommy’s elder sister, to meet the parliamentary threshold in the 2004 and 2009 elections.

The second domain cited by Van Mannen and Barley is differential interaction. New parties need skills in building connection and interaction with other elements. These skills include building persuasive communication with certain electorate groups, such as young and female voters, and those in highly populated regions.

Data from the Central Statistics Agency (BPS) show that about 60 million first-time voters are set to take part in the 2019 election, as well as 100 million young voters (aged below 35) and 97.8 million female voters.

West Java will contribute the most votes with 33.1 million, followed by East Java with 31.3 million, Central Java with 27.5 million, North Sumatra with 10.7 million and Jakarta with 7.9 million.

While the PSI is targeting young people, Perindo has increasingly reinforced its branding by focusing on welfare issues, especially the community-based economy. Berkarya is working on rural-based development through cooperatives, while Garuda intends to target young voters, according to its website.

The third domain, collective understanding, refers to how new parties manage themselves in the face of internal and external needs. Emerging parties need, according to Anthony Giddens’ terminology, adaptive structuring in which they are produced, reproduced and transformed through its sets of regulations manifested in their member behaviors.

In his criticism, Thomas Carothers, writes in 2006 in the Journal of Carnegie Endowment in International Peace that Indonesian political parties are leader-centric organizations that are dominated by small circles of elite politicians. Once the main elites choose pragmatism through horse trading ahead of an election, the parties will suffer deinstitutionalization.

The fourth domain is personal action, which is related to the actions of new parties’ politicians, either those in the managerial role or the candidates. The more each politician plays an ambassadorial role for his or her party through good and sympathetic behaviors, the more votes the party will gain. Should these players do the opposite, it will certainly have a boomerang effect on the party.

Several determining factors can incentivize the prospects of the new parties. First, there is the domino effect, or coat-tail effect, of a presidential candidate, as what happened when Warren Harding ran for United States senator in 1914 and was elected president in 1920. Harding, a good-looking newspaper editor, won the voters’ hearts by presenting himself as the perfect leader. This coat-tail effect illustrates how people can be amazed by a candidate, and consequently, enables the party to gain more votes.

In the 2019 elections, President Joko Jokowi” Widodo and Prabowo Subianto may renew their rivalry. From this polarization, parties who support them are predicted to gain electoral benefits. The PSI and Perindo have expressed their interest in supporting Jokowi, while Berkarya and Garuda have not explicitly stated their preferred presidential candidate.

The third factor comprises the intensified efforts of political parties and their candidates to reach out to community bases. The Triple-C (community relations, community services and community empowerment) approach is very relevant to show the parties’ commitment to developing their constituents. The new parties should work harder and smarter as they have yet to build their popularity.

To sum up, the new parties should rely more on systems, rather than individual figures, or else they will repeat the old parties’ mistakes.

The writer is executive director of the Political Literacy Institute and a lecturer of Political Communications at Syarif Hidayatullah State Islamic University (UIN) Jakarta.

This article has been published in the daily opinion column of the Jakarta Post, Wednesday edition, March 07, 2018