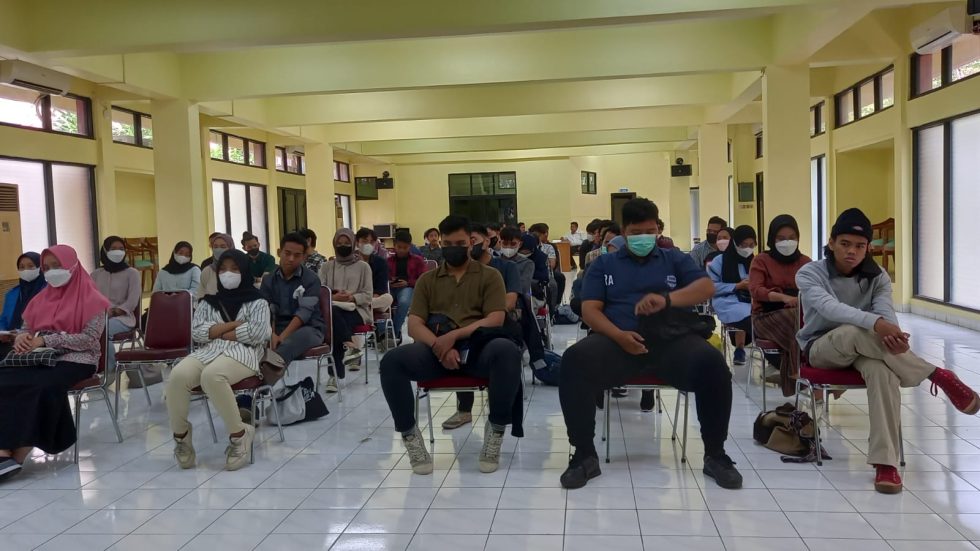 Madya Hall, UIN News Online – The UIN Jakarta contingent is ready to compete in the National Arts and Sports Week (Pesona) I State Religious Universities (PTKN) in Bandung. This was conveyed by the Vice Rector for Student Affairs, Arief Subhan, and the Coordinator/Head of Student Affairs Section of UIN Jakarta, Ikhwan, in the final Preparatory Meeting attended by all Pesona I participants in the Madya Hall, Monday (08/01/2022).

Present at the meeting, Sub-Coordinator/Sub-Division of Talent Development and Student Interests, Yulia Handayani, contingent officials, and a number of staff from the Student Affairs Section.

Arief said the Pesona I moment was a good opportunity to carve many achievements. Therefore, his party is optimistic that the UIN Jakarta contingent can bring home many medals from the event.

The Head of the Student Affairs Section, Ikhwan, said the same thing. He emphasized that the UIN Jakarta contingent was ready to compete in the Pesona I event.

Until now, athletes in sports and art participants continue to practice and warm up regularly accompanied by their respective coaches.

The UIN Jakarta contingent at the Pesona I event only participated in 9 arts and 10 sports competitions. In the arts branch, the competitions that will be followed are MSQ, MTQ, MHQ, Islamic Solo Pop, Modern Qasidah, Short Film, Monologue, Al-Qur’an Poetry, and Calligraphy.

For information, Pesona I, which was previously known as the Week of Science, Sports, Arts, and Research (Pioneers) of PTKN in Indonesia will be held at the UIN Bandung on August 8-13 2022 and will be attended by 62 PTKN throughout Indonesia, consisting of 24 UIN, 29 IAIN, 5 STAIN, and 4 other PTKN, namely UHN I Gusti Bagus (IGB) Sugriwa Bali, IAKN Kupang, STAKN Pontianak and STABN Sriwijaya Tangerang. (ns/dima/usa)