Looking through the history of UIN Syarif Hidayatullah Jakarta actually means to reveal the story of Indonesian Muslimâ€™s struggle in order to have a higher education institution attributed with â€˜Islamic value, modernity, and â€œIndonesian-nessâ€. Therefore, the establishment of UIN is essentially a product of the Muslimâ€™s aspiration to establish and develop an institution to educate students and become a reliable person in response to any community needs and changing times.

At its inception, ADIA occupied the location of Islamic University Jakarta (UIJ) in Madura Street, before moving to Limo Street (UHAMKA now) in the following year. In the third year, ADIA moved to Culture Centrum (KS) Campus in Ciputat (UIN now). At that time, ADIA had only 43 students divided into two departments, namely: Department of Shari’a (Religious Education) and Department of Lughat al Arabiyah (Department of Arabic Language) and the Special Department for Armyâ€™s Religious Leaders as Arabic was the instructional language. Indonesian Languagewas only used as an instructional language for general courses.

As a â€˜state academyâ€™, students of ADIA were qualified only for those who obtained a mandatory study from their institutions. They were employees of Ministry of Religious Affairs from various regions throughout Indonesia. At the time, ADIA was led by Prof. Dr. H. Mahmud Jonah as the Dean and Professor H. Bustami A.Gani as the Vice Dean. As of Today, the birth of ADIA is officially considered as the Anniversary of UIN Syarif Hidayatullah Jakarta.

After becoming the branch of IAIN in Jakarta, student enrolment were not only made of those mandatory students, but opened also for public. Therefore, the number of students increased siginificantly to 282.

In 1962, Faculty of Islamic theology was established. The Faculty itself was a metamorphosis of the Department of Da’wah wal Irshad (Department of Armyâ€™s Religious Leaders) led by Prof. HM. Toha Yahya Omar. The first lecture took place at Al-Azhar Mosque. Along with the opening of the Faculty, IAIN Jakarta then stood alone and transformed into IAIN aljamiah al hukumiyah Syarif Hidayatullah Jakarta.

As mentioned in the Government Decree No. II in 1960, the purpose of IAIN was to carry out advanced education and to be a center for developing and bolstering Islamic studies. By enhancing the standard of education in the field of religion and science meant also to elevate spirituality and intellectualism of Indonesians. IAIN was then expected to be an academic expertise as well as a social institution.

Given its rapid development, IAIN deemed to stand alone. By the Minister of Religious Affairsâ€™s Decree Number 49 of 1963, IAIN branch Jakarta became IAIN al jamiah al Hukumiyyah Syarif Hidayatullah Jakarta. The inauguration of Prof. Drs. H. Sunardjo as Rector of IAIN Jakarta in 1963 had confirmed the university to become Coordinator of Faculties in Greater Jakarta, West Java and Sumatra

In 1988, through the publication of Minister of Religious Affairs â€˜s Decree No. 15, IAIN Syarif Hidayatullah Jakarta consisted of the faculties: Tarbiyah, Adab, Ushuluddin, Shariah, Da’wah in Jakarta and Faculty of Tarbiyah in Pontianak

However, due to the Presidential Decree No.11 of 1997 on Regional Faculty Status Changes, Faculty of Tarbiyah in Pontianak transformed into State Islamic College (STAIN). By then, IAIN Jakarta no longer had no branch.

During the leadership of Prof. Dr Harun Nasution (1973-1984), IAIN Syarif Hidayatullah Jakarta is well known as the Â “Revivalist Campus”. Prof. Nasution generated many innovations in the teaching of Islamic Thoughts. Such as the inclusion of Philosophy in the IAIN curriculum, sending lecturers to the West etc. At the time, IAIN Jakarta also opened the Postgraduate Program (PPS) which was the first graduate program among IAINs throughout Indonesia

A more intensive development took place during the leadership of Prof. Dr. Azyumardi Azra, MA. In 1998 IAIN prepared the basis towards the establishment of the State Islamic University Syarif Hidayatullah Jakarta in accordance to the concept so-called â€œIAIN with wider mandateâ€.

These efforts were recommended by the Government. In 2001, Minister of National Education and Minister of Religious Affairs signed a joint Decree Number 4 / U / KB / 2001 and the No. 500/2001 dated 21 November 2001, concerning the transformation from IAIN to UIN.

UIN Syarif Hidayatullah Jakarta consisted of nine faculties at that time; Faculty of Tarbiyah (Tarbiyah and Teachers Training, Faculty of Adab and Humanities, Faculty Ushuluddin and Philosophy, Faculty of Shariah and Law, Faculty of Da’wa and Communication, Faculty of Dirasat Islamiyah, Faculty of Psychology, Faculty of Economics and Social Sciences, and Faculty of Science and Technology. The total number of departments becomes 41 majors

By this transformation, UIN Syarif Hidayatullah Jakarta is expected to encourage the integration of science both in the field of religion and humanity, with the objective to produce graduates who have integrative insight, responsive and adaptive to modern thoughts and progress of science, underpinned by faith.

The transformation also became the underlying framework in changing awarding title as written in Rectorâ€™s Decree No. 16, 2002. It is stated that students who successfully completed their studies in S1, S2, S3 are entitled to title/award in accordance with their study program. Thus, graduates UIN Syarif Hidayatullah Jakarta are in the same level with the graduates from other public universities

Integrating Islamic Value and general science is also the underlying framework of the establishment of the Faculty of Medicine and Health Sciences (FKIK) in 2004/2005. The new faculty was established based on the Decree of the Minister of Religious Affairs No.MA/25/2004 and the letter of the Director General of higher education No. 995 / D / 6/2004.

Based on the above approval, in the academic year 2004/2005 UIN Jakarta opened the Faculty of Medicine and Health Sciences with two majors. They are Public Health Science and Pharmacy. As for the major of medicine and nursing, they were opened one year after (2005/2006)

This faculty was establishment in collaboration with Faculty of Medicine of University of Indonesia. FK UI as well UIN Syarif Hidayatullah Jakarta had entered into a collaboration to support the establishment FKIK with various parties, including the number of hospitals in Jakarta and Tangerang as a teaching hospital for students

As part of its goal to be a research university, UIN has committed to produce new discoveries in science, both in religious sciences and general sciences, by putting research skills as the primary qualification in any academic performance. As a Research Universities, research capabilities are the main needed-qualifications.

By having a research-based university, it is expected that UIN Syarif Hidayatullah Jakarta may attract more students to come, especially for master and doctoral level from all over the world. Â This could create an academic, social and cultural exchange, which in turn create an intellectual community and learning society with research and analysis capability. So, UIN could become a Window of Academic Excellence of Islam in Indonesia) as expected by the leaders of Islamic education promoters

If several universities in Indonesia use names of Militaryâ€™s personals, IAIN preferred names of religious figures. Naming IAIN with Syarif Hidayatullah cannot be separated from the above. Syarif Hidayatullah was chosen because it is the real name of Sunan Gunung Jati, one of the Walisongo (nine preachers of Islam in Java) who had a major role in expanding Islam in Sunda Kelapa (now Jakarta)

Syarif Hidayatullah (Sunan Gunung Jati) was born in Saudi Arab in 1448 and died in Cirebon in 1568. He was the son of Nyai Rara Santang (daughter of King Siliwangi, Padjadjaran) and Sharif Abdullah. Syarif Hidayatullah was given many titles such as Muhammad Nuruddin, Sheikh Nurullah, Sayyid Kamil, Maulana Sheikh Makhdum Rahmatullah, and Makhdum Jati. After his death, he was granted the title ‘Sunan Gunung Jati’

In his adulthood, Syarif Hidayatullah returned to Padjadjaran and became the ruler of Cirebon. Since then he had actively introduced Islam in Java, especially in the western part. Later on he put his son, Maulana Hasanuddin, to the position of a missionary (announcer of Islam) as well as ruler in Banten. In 1527, with the assistance of Fala-tehan (Fatahillah), he managed to control Sunda Kelapa after expelling Portuguese forces.

Syarif Hidayatullah introduced Islam directly to Sunda Kelapaâ€™s inhabitants and the local leaders. He began by giving knowledge about Islamic teachings as well as some gentle warnings. He talked from heart to heart. When any kind of rejection occurred, he challenged them to discuss. The latter was applied especially to people who openly showed less amenable attitude towards Islam. Propaganda methods used by Syarif Hidayatullah had managed to attract public sympathy 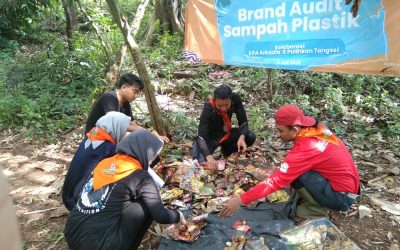