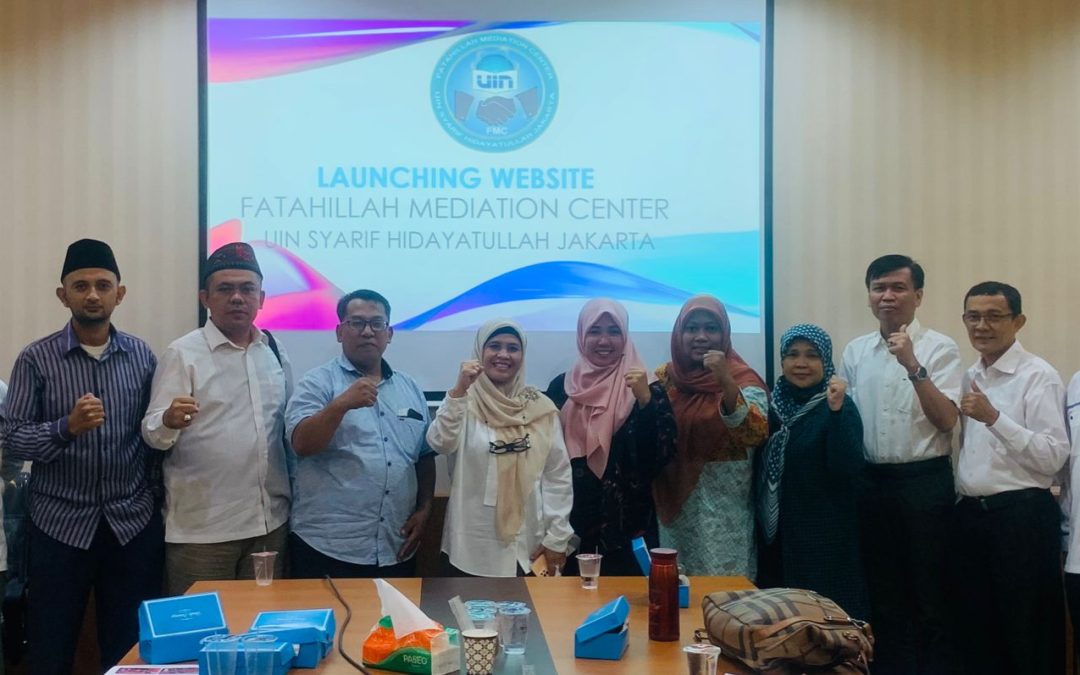 Diorama Room, UIN News Online – Fatahillah Mediation Center (FMC) UIN Jakarta today announced the launch of its website. The launch event was held in the Meeting Room of the General Administration and Personnel Bureau, campus I of UIN Jakarta on Monday (08/01/2022).

The website launching ceremony was carried out by the Vice Rector for Cooperation and Institutional Development, Lily Surayya Eka Putri. Also present in the event, Director of FMC Fitriyani and Head of the Center for Public Relations and Legal Aid (PLHBH) Afwan Faizin, as well as a number of mediators.

Director of FMC Fitriyani said that the website was created as a space for disseminating information regarding the existence of a mediator institution at UIN Jakarta. In addition, it also provides wider space for the community to seek information on consulting services on the problems faced by the community itself.

“Through this website, we hope that the public will get complete and detailed information about FMC as a conflict mediator institution,” she said.

Fitriyani further said, FMC is an institution engaged in mediation services. The function of the FMC is as a training institution for prospective mediators who will act to mediate or deal with conflicts in the community.

Therefore, participants who have attended the training will be given a license in the form of a mediator certificate and receive the title “Certified Mediator”or CM.

In addition to training prospective mediators, FMC is also active in providing mediation directly to the community. The conflicts that are handled include family problems, such as inheritance rights, child custody (hadhanah), and divorce.

In practice, according to Fitriyani, those in conflict will be mediated by one or several mediators. The goal is that the problems they face do not have to end up in court, but rather are resolved at their internal level.

Fitriyani also said the presence of the FMC institution at least played a role in handling conflicts that occurred in the internal campus environment.

As a training institution, Lily also hopes that FMC can increase the number of prospective mediators it produces, including in the training of trainers (TOT) program.

“We hope that FMC will progress and develop into trusted institution in dealing with conflicts,” said Lily.

For information, the FMC website can be accessed through www.fmc.uinjkt.ac.id and contains the history of the institution, its vision and mission, management personnel, programs, community services, and news on activities. (ns/usa)